Hope For Paws received a call about a homeless pregnant dog and two friends who were hanging out by the freeway. When rescuers arrived, they spotted the two male dogs and realized the female was no longer pregnant. It was time to find where mama had stashed her puppies, but it wouldn’t be easy. Eldad played some puppy sounds on his phone to get the dog to lead them to her litter, but she tried to trick them by “guarding” a false location. But there they were, not too far from there! 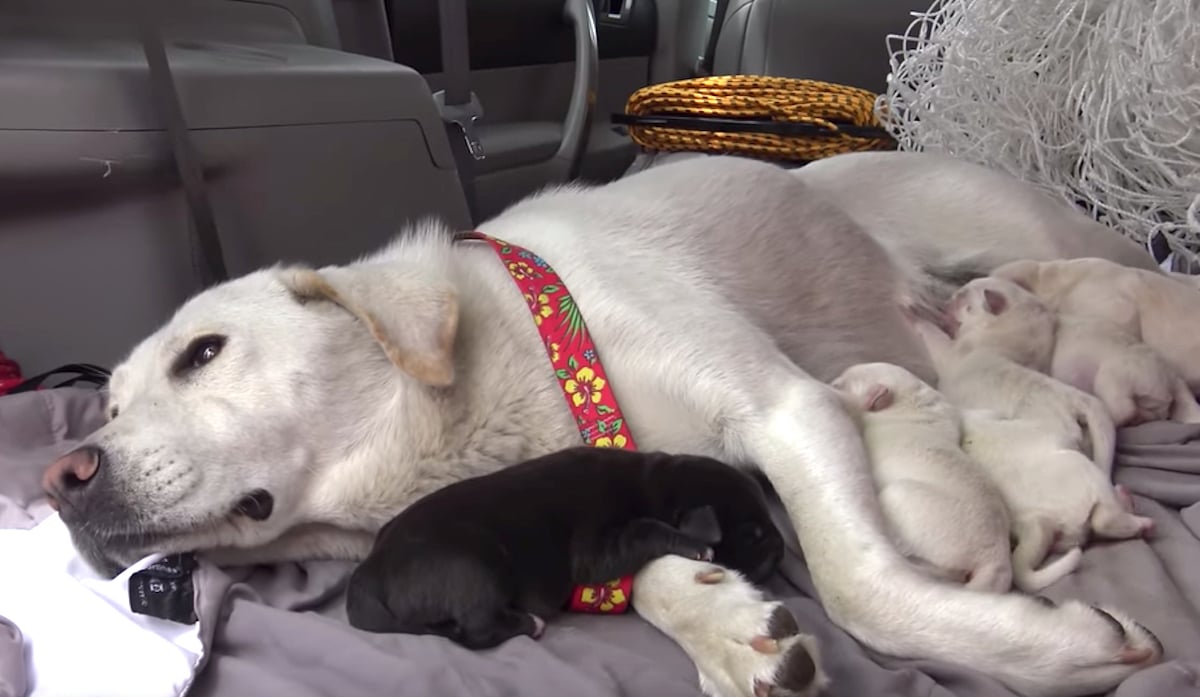 The dog family was gathered up and loaded into the vehicle for transport, and the mama couldn’t have been happier to be safe with her pups. Socal Labrador Retriever Rescue offered to foster Amazon and her babies, and it wasn’t long before they found forever homes! Also, you don’t want to miss the stories of the two male dogs, Bear and Juniper. 😉