The Sidewalk Specials Outreach program was alerted to a situation where a couple of dogs were being intentionally starved. After a messy divorce, the couple took it out on the pets and made them the victims of it all. This was done as their act of revenge. Two poor dogs caught in the middle of something they had nothing to do with. Bernie was starting to show symptoms of botulism caused by a toxin found in some rotten meat of dead animals he’d gotten into. The poor boy just needed something to eat. He would suffer from muscular and motor paralysis, and it set it as soon as they got to the vet. 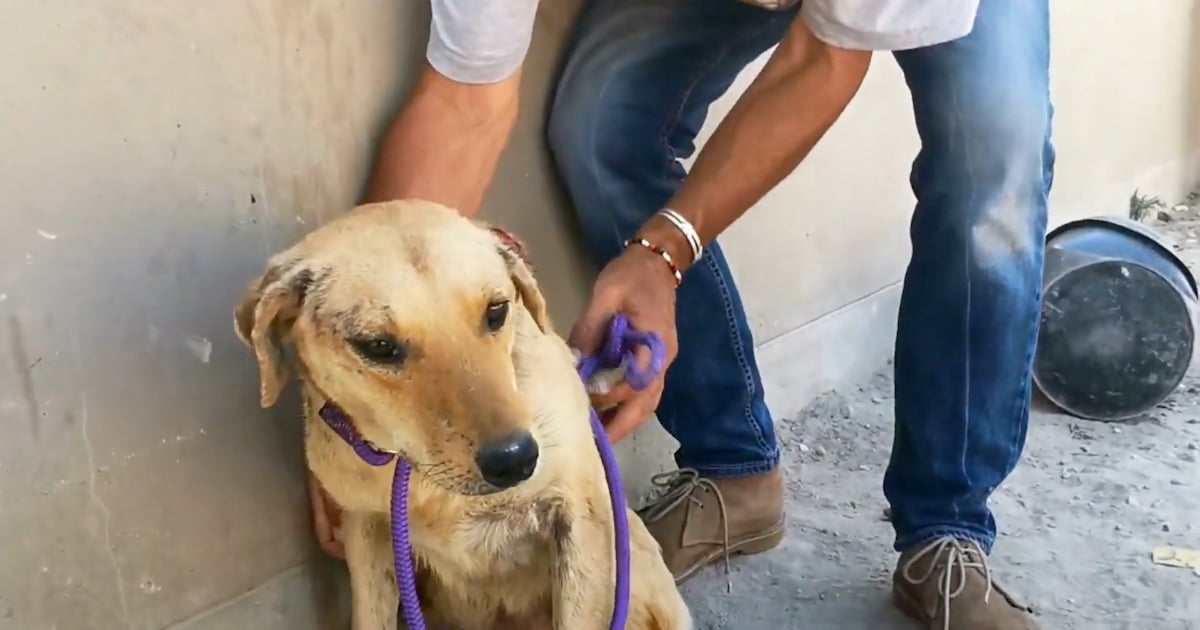 Sadly, Bernie was too far gone to be saved. But his mother, Annabel, was still fighting. She had been guarding over him out there while trying to fend for themselves and never wanted to leave the only place she ever knew. But the sweet 7-year-old girl needs a forever home for a second chance at life. Let’s help get her story out in front of as many eyes as possible!