Blake the eight-month-old Goldendoodle knows how to bowl. Yes, you read that correctly. At only 12 weeks old, his owner, Katelyn “Kt” Simpson, thought she would show him the ropes, and he ended up liking it! Katelyn was on the bowling team at Pikeville University in Kentucky and made the USA Junior National team in 2015. Who better to teach Blake? 🙂 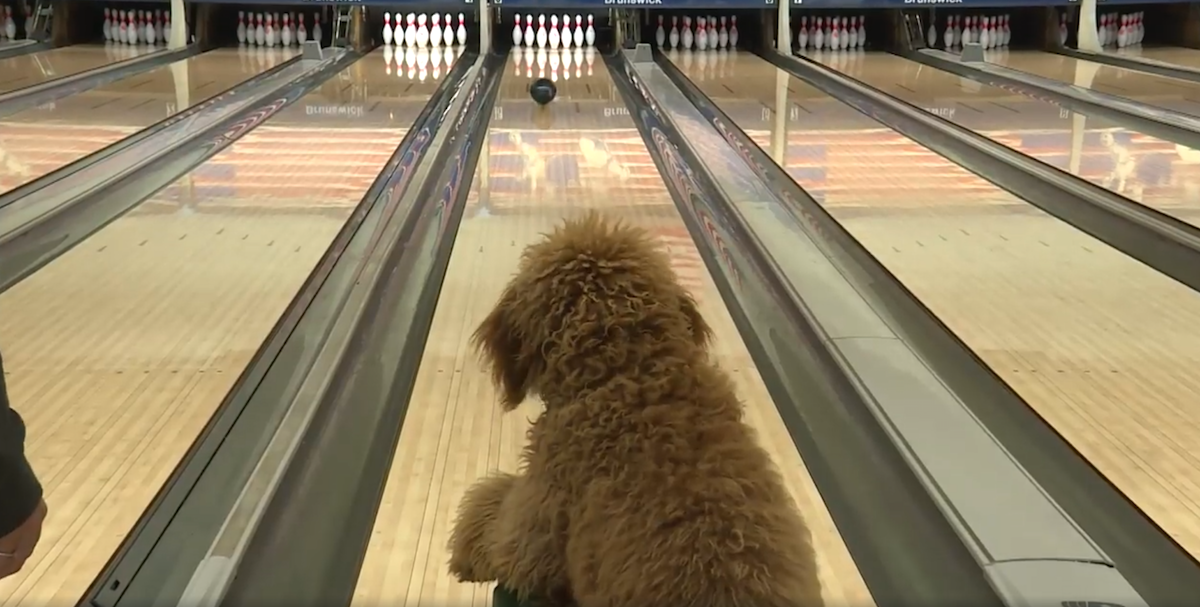 “I think his high game is, like, a 93,” Katelyn said. “He gets strikes every once in awhile, pretty good spare shooter.”

Blake is now a star at the family’s KT’s Lanes. “So, we just put the ball on top of the ramp and we held a treat, like, above the ball,” she continued. “We’re like, come on, you know, kind of helped him, showed him a couple times, just pushed the ball with his arms and he caught on and just started doing it on his own.”

I never thought I’d see anything like this, but here it is! Blake is one talented pooch, but he couldn’t have done it without the help of his creative family. 🙂