Scott and Jackie Nelson own Down Under Colour Ranch in Florida where they raise Australian and American paint horses. All of their horses and beautiful and special but none as rare as the war horse Medicine Hat filly one mama gave birth to on the ranch. 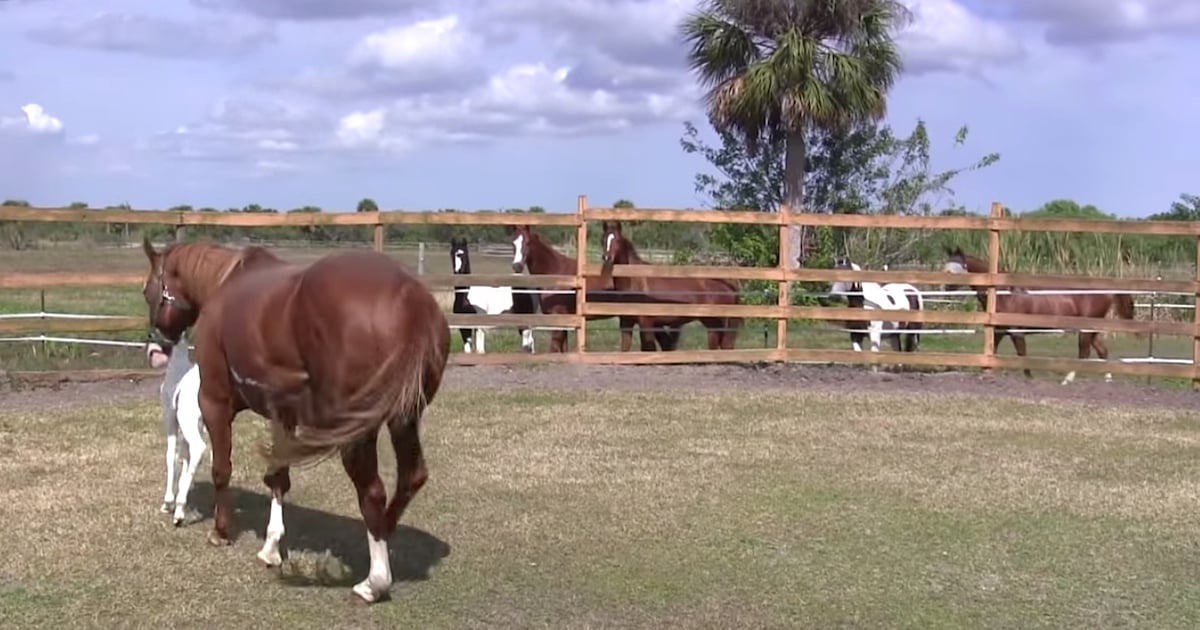 It’s a baby so rare and unique, even the other horses gathered around to stare and watch in awe as she trotted around the land! Coconut being a Medicine hat horse (mostly white body with colored markings on ears and head) is very rare for a paint horse. Many Native American tribes held medicine hat horses in high regard saving them for chiefs and medicine men.

“They must have a shield on their chest and markings on their flanks which are also called shields. And they can only have 1 blue eye with liner around the eye. This eye in Indian Mythology is called a Sky Eye. If the Chief or Medicine Man dies in battle then this one blue sky eye will carry their spirits to their Gods,” the owners explained on YouTube. 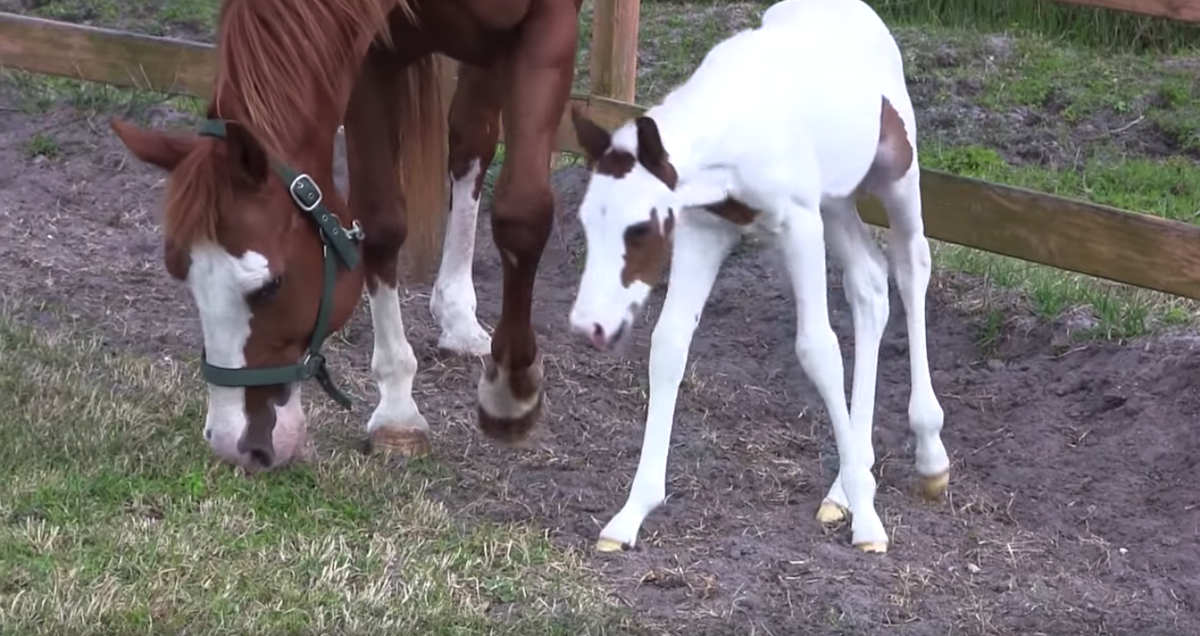 Watch two-day-old Coconut run and play in all of her true beauty in the video below. She’s one special horse that deserves to be seen by all! 🙂