Hope For Paws received a call about a couple of scared strays living on the streets. When they arrived, they saw the two dogs sitting together and offered them some water. In the hot temperatures, the dogs were more interested in that than food. 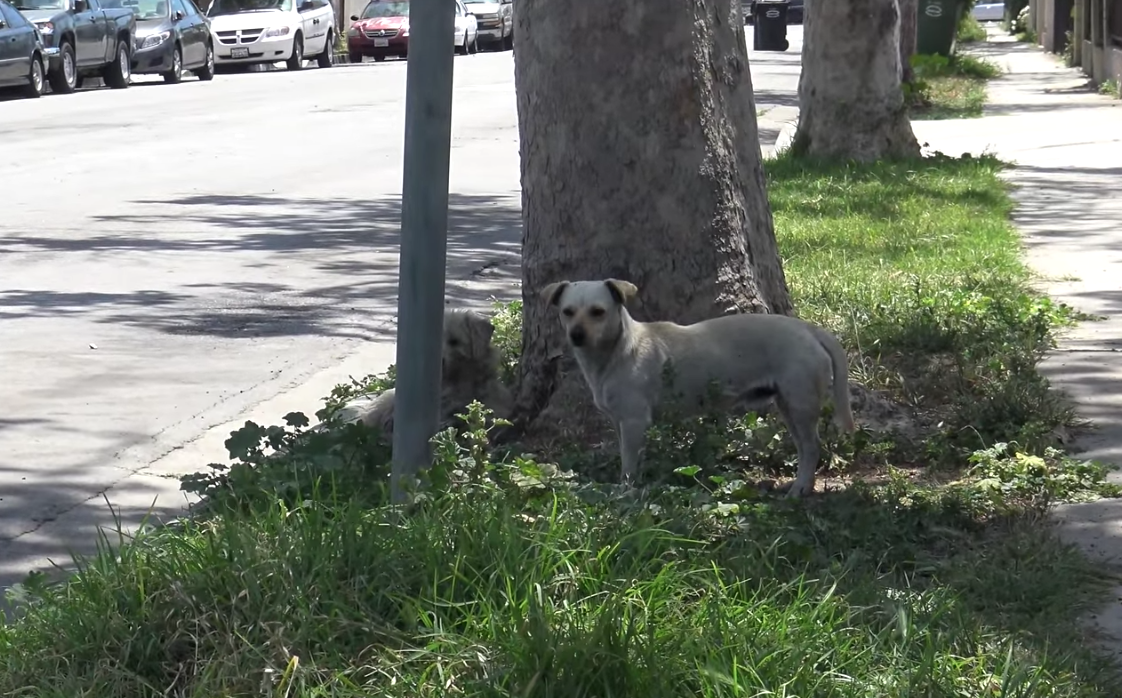 The rescuers were told that some bigger dogs had been attacking the defenseless duo, and they were determined to put an end to it. In order to capture them both, they decided to use the fenced in yard beside them. After a stressful moment, Lucky Leashes were placed on the dogs, and then they were able to be transferred into the crate. Hummus and Falafel were taken to the hospital and given nice warm baths. They were exhausted from life on the streets and crashed for a nap. L.A. Animal Rescue is fostering the two until they can find a forever home. 🙂

To make a small donation to Hope For Paws, please visit: http://www.HopeForPaws.org