Doc was taken to the shelter by his owner who said he couldn’t walk and that they could no longer care for him. The dog was placed on the euthanasia list to be put down that very day. But foster mom Mckenzie formed an emotional attachment to the boy and had to take him in! 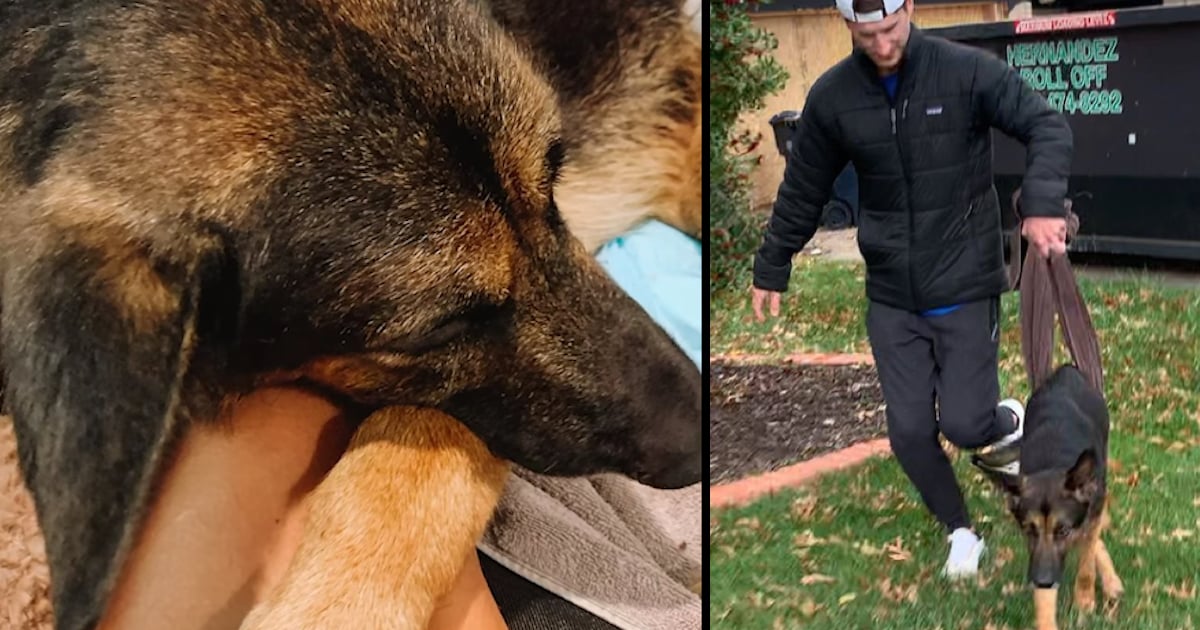 She wasn’t going to let him go down so easily. Doc’s entire spine protruded from his back, but she and her fiancé were determined to comb through all of their options before any such big decision was made. When they got the dog to a vet, they learned he had degenerative myelopathy, and the vet’s suggestion was euthanasia.

Mckenzie and Grant asked if they could at least give Doc one final day, and so they took him back home with that intention. But as they hoisted the boy’s back legs up with a makeshift brace, they saw he was able to move them to try to walk on his own. It was thought he had no backend function, so this changed everything!

Doc was not going to be put down! Mckenzie and Grant would continue to work with him, and the dog kept making improvements. Before long he was walking and running around and playing with the other dogs! He was brought into their lives for a reason, and he’ll now remain with them forever. 🙂