A news reporter was visiting an animal shelter for a story when one of the dogs decided to adopt him. The special pup went up to the journalist without hesitation and hugged his leg and wouldn’t let go. And she wouldn’t let go until he decided to take her home! 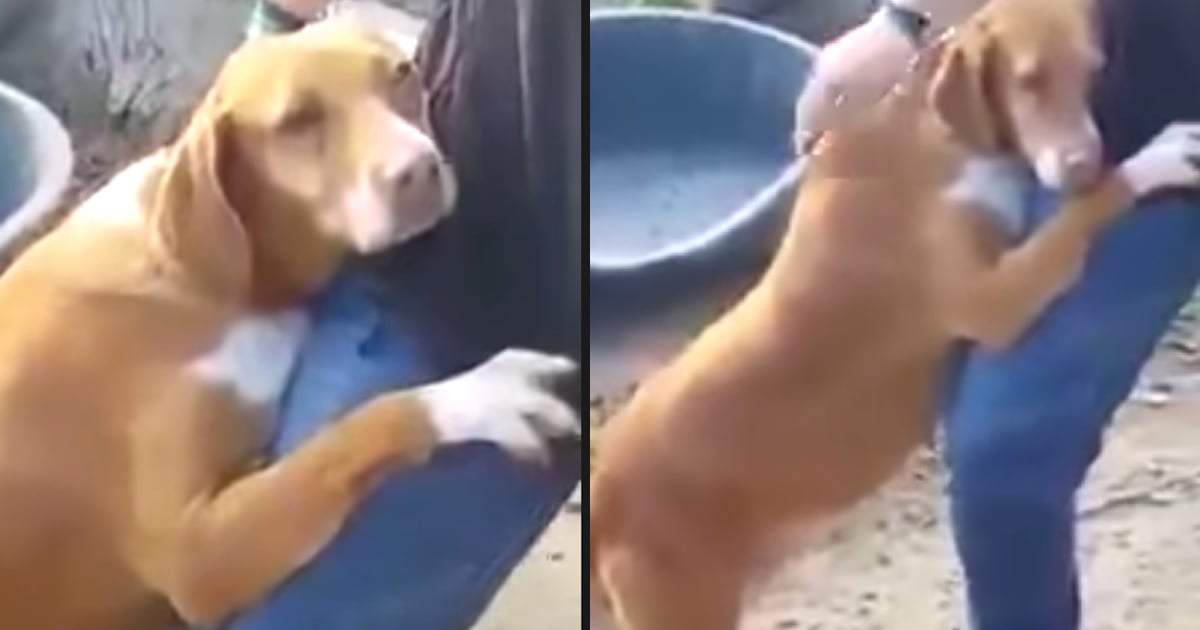 There was just something about this man that drew the dog in and let her know he was the perfect companion for her. The reporter was taken aback by this emotional hug but felt the love and returned the favor with a hug of his own. These two were meant to be together, and it couldn’t be denied. The man adopted the dog for a happy ever after! 🙂