A first birthday is a pretty big deal, so this dog thought it’d be a good idea to celebrate with all of her friends! Mom got some games and treats and put together a party Marvel the French Bulldog would never forget. Marvel’s siblings — two dogs, a cat, and a lizard — were happy to partake. 🙂 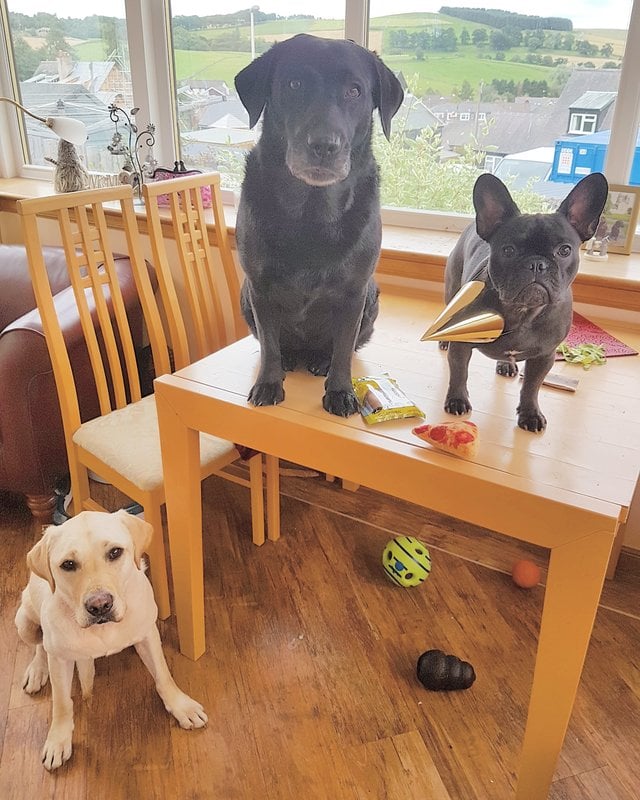 Despite all their differences, the siblings all get along very well and like to do everything together. Especially chow down on some tasty birthday treats! 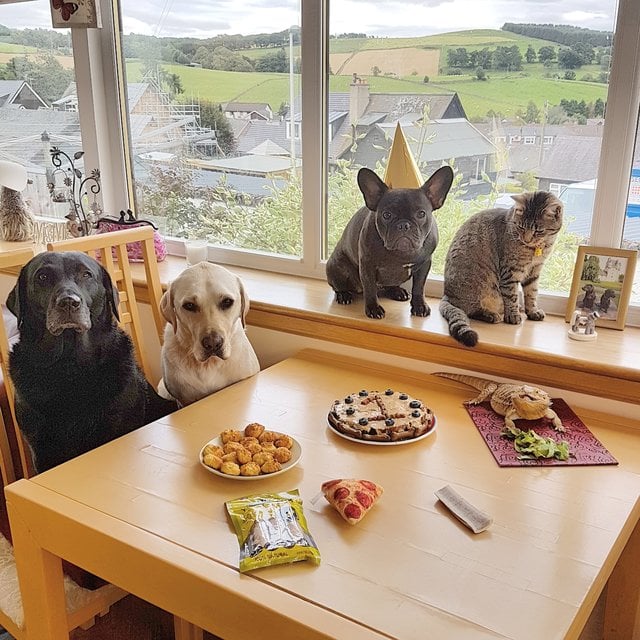 Marvel’s special day included gifts such as treats and a squeaky pizza toy. The sisters played fetch, ran around the yard, and played some Tug-of-War as Sparrow (the only brother) watched from the sideline.

But their favorite part: the food, of course! And there was plenty to go around. A dog-friendly cake made of oats, carrots, and blueberries topped with peanut butter icing was served along with cheese and chicken biscuits. And for the bearded dragon — a salad! 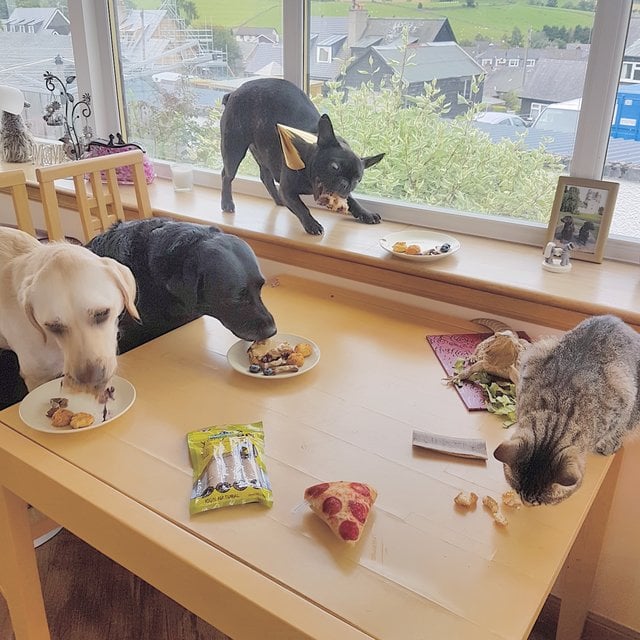 You could say the party was a hit. 😉 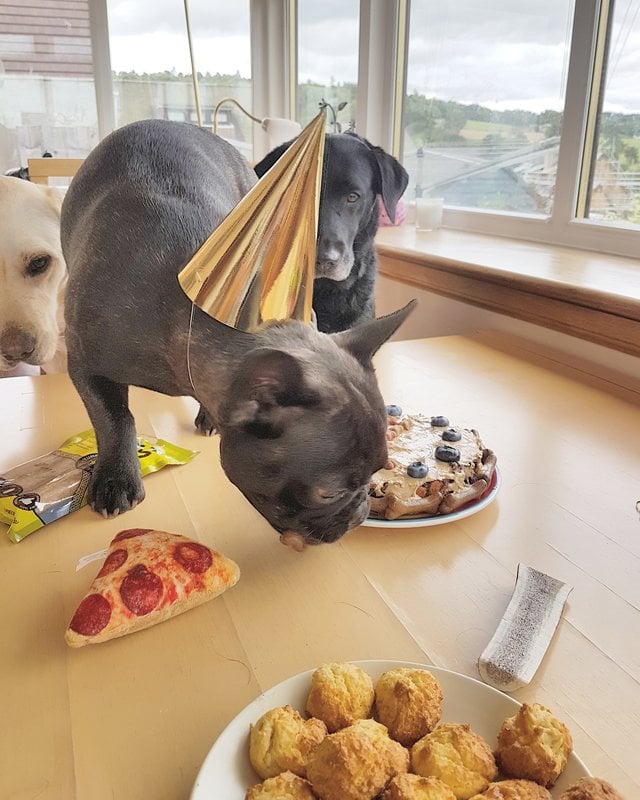 Marvel’s first year of life was celebrated in epic style. After about two hours, the pets were starting to wear down and crash. But was it all worth it? Judging by these faces… YES! 😀