Police showed up to a home in Lakeville, Minnesota, to find that it was two dogs who called 911 over a dozen times within a half hour period. The dogs were home alone while their owners were away at work, but they must’ve been having a “ruff” day! 😀 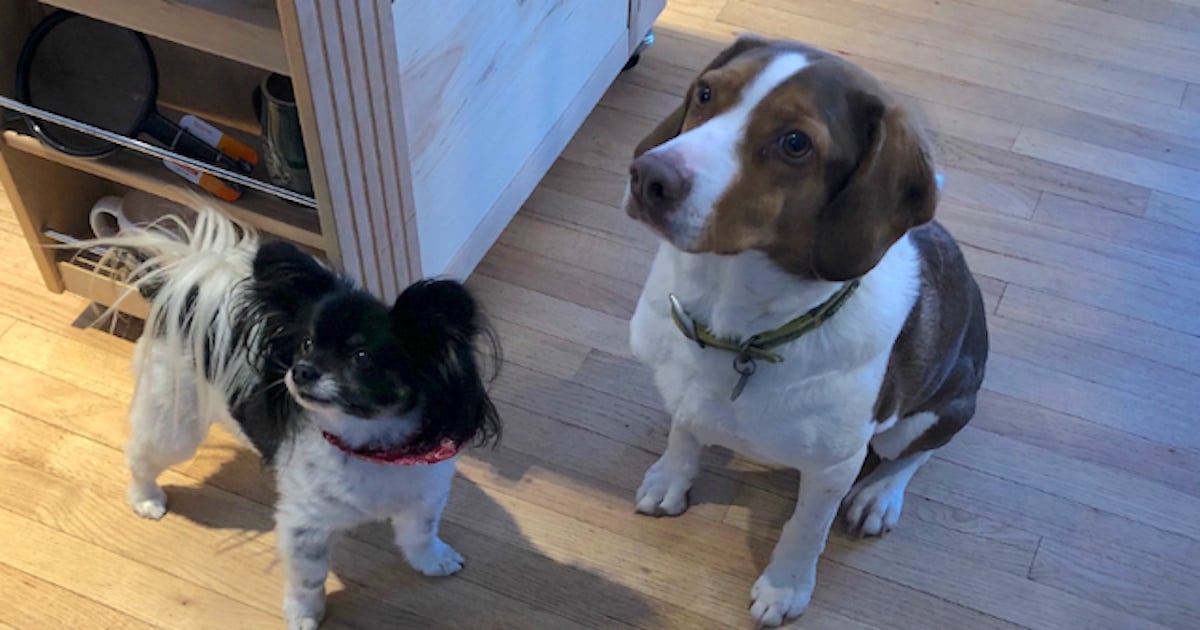 When all that was heard on the other end of the line was barking, police were sent out to see what was the matter. But no one was home, and the cops were confused. Officer Michelle Roberts got in contact with the owners who were able to let them inside through the garage. It turned out a cell phone was left out upstairs in the office, and the dogs were able to call 911 just by pawing at the screen since it was set to “emergency call only.”

“Our assumption is the dogs were having a rough day and it was the dogs that were seeking assistance through 911,” Officer Roberts joked.

Dad learned his lesson and will never leave his phone out and unattended again! 😀