A stray dog was seen dragging himself down the road as if to get away from his pain and sorrow. He was on the verge of death after being hit by a car who knows how long ago, and the pup desperately needed help. The dog tried to fend for himself, but like many street dogs in Costa Rica, he wouldn’t survive on his own. Thankfully, rescuers would arrive and take this good boy in for care! They took X-rays which revealed issues on his spine due to neglect. Surgery would be required to fix him, but they knew he still may never walk normally again. After the operation, Rosco’s recovery began. 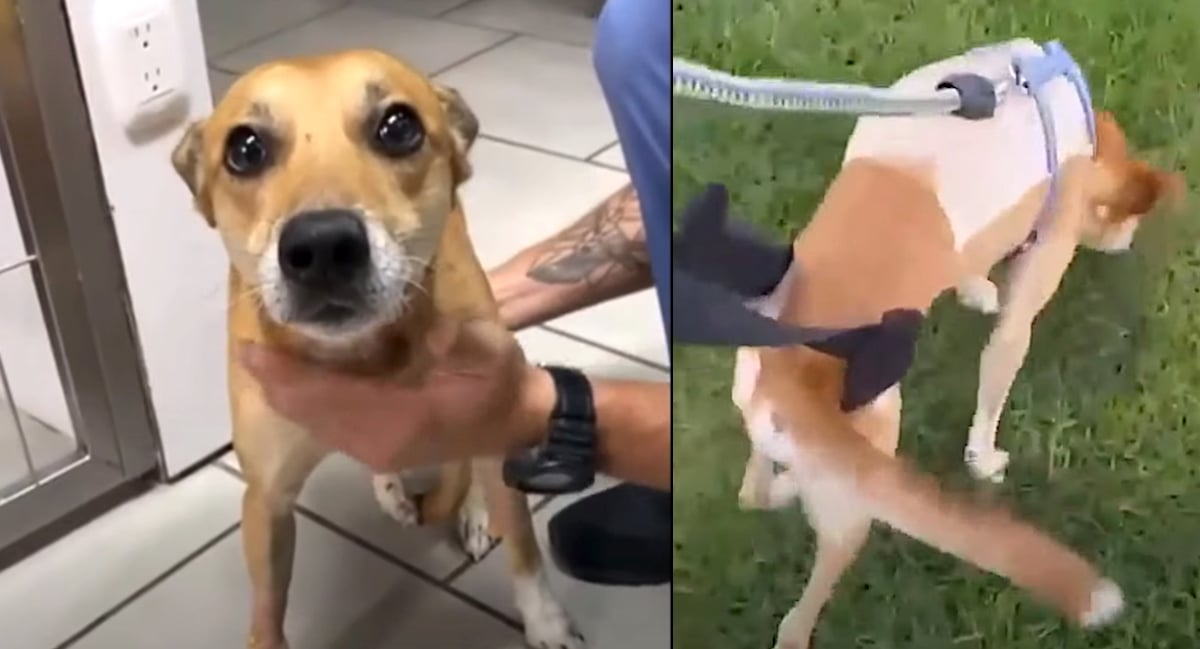 Several days later, Rosco still couldn’t put pressure on his rear legs. But he was able to enjoy the sunshine as he underwent his physical therapy every day. He continued to get stronger and stronger, and before long he was taking steps on his own! There’s some work left to do, but Rosco is doing so well at the moment. See him now in the video below! 🙂