Hope For Paws was told about a starving dog living in the mountains, so they set off to find her. Animal Control had tried to get the stray several times but couldn’t do it. She was malnourished and suffering from alopecia, so rescuing her was top priority. 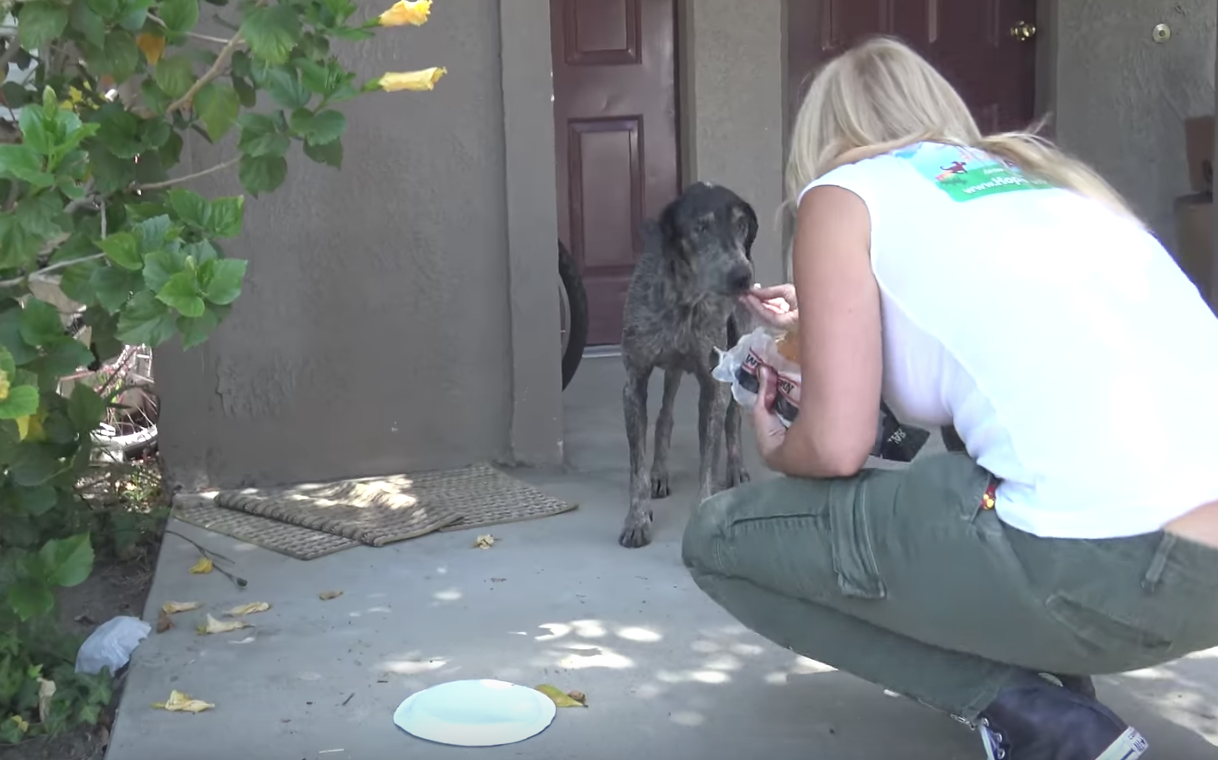 Armed with a cheeseburger in hand, rescuers were able to get the dog to approach. She was nervous but couldn’t resist food. So while Joann Wiltz fed the dog, Lisa Arturo snuck up from behind and was able to secure the snare around the stray’s neck. 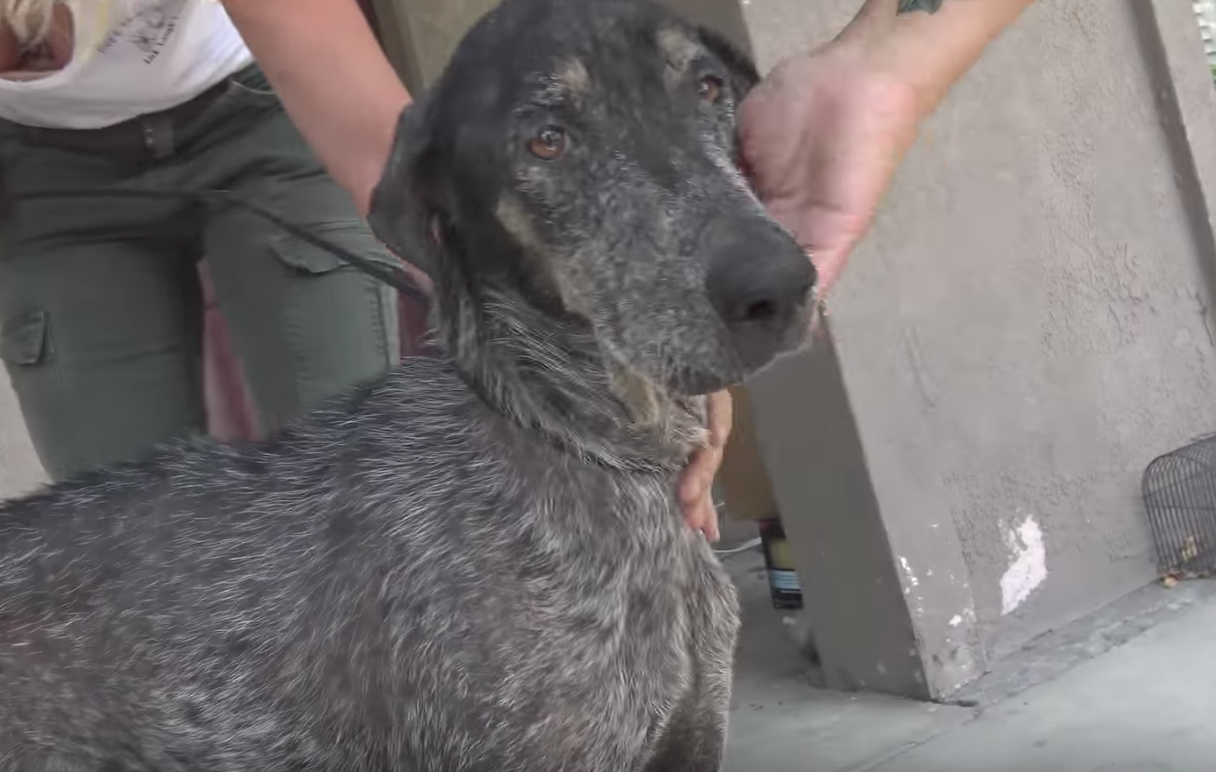 Edna was startled for only a moment and then quickly calmed back down. She was just happy to keep eating the cheeseburger! Who knows how long it’d been since the poor thing had a proper meal. A neighbor then helped the rescuers walk the dog over to the vehicle to be transported back to their facilities. 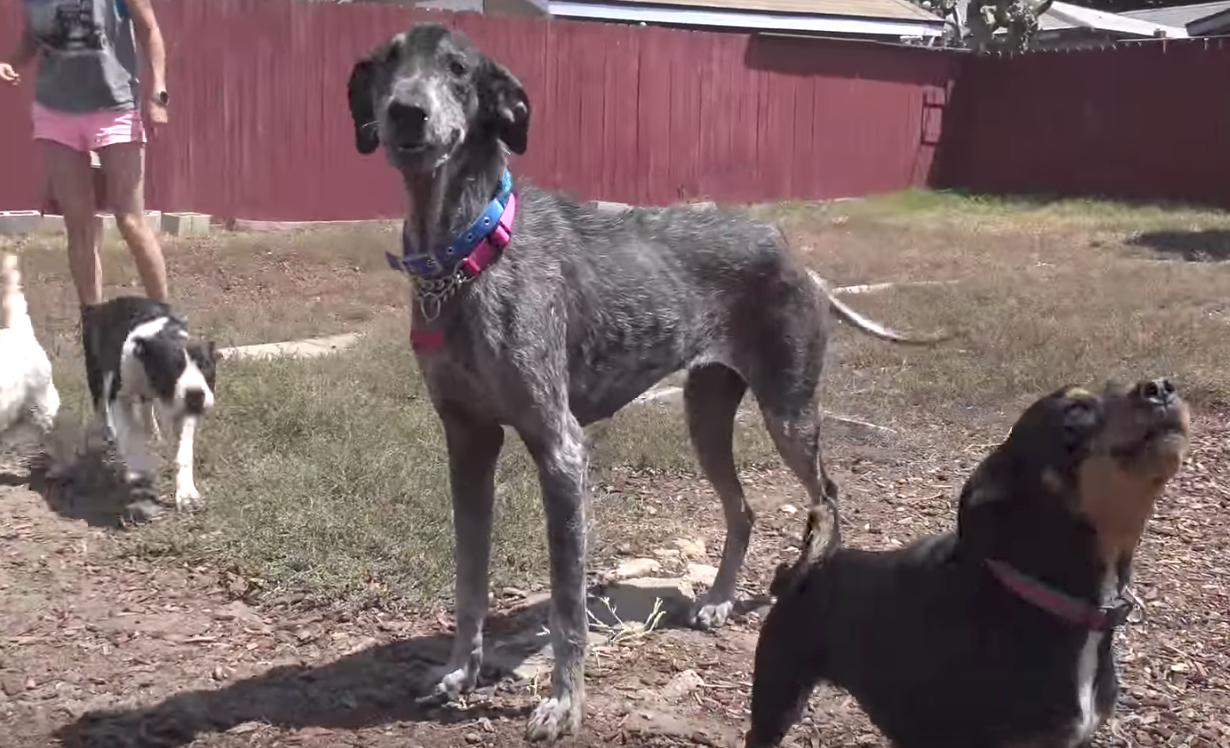 Upon arrival, they found out that Edna had a microchip. It turns out her previous owner had given the dog away, and the new owners told her Edna had died! Hope For Paws contacted the original owner and assured her that Edna was alive, but she didn’t want her back. She asked Hope For Paws to find her a home. 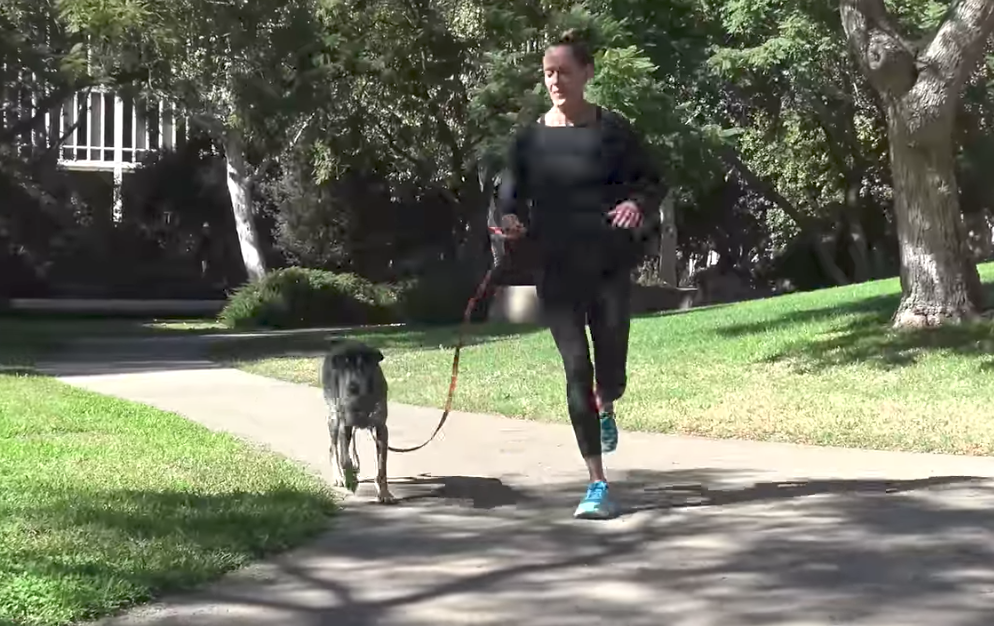 After a few great weeks in a foster home with all of her furry friends, Edna found that forever home! Just look at how happy she is now. 🙂