A very skinny stray dog showed up under Abigail’s car one day, and it startled the woman. Of all the cars, this pup happened to choose hers. She provided some food and tried to lure the dog out from under there, but she’d eventually come out on her own. The stray was very scared and would go into “turtle mode” when approached. Abigail was able to slip a leash on the dog and get her over to the vet. She thought the sweet girl may have parvo, but it turned out her stomach was sick from eating so much trash. The 6-month-old pup was so weak and exhausted and unresponsive for the first few days. 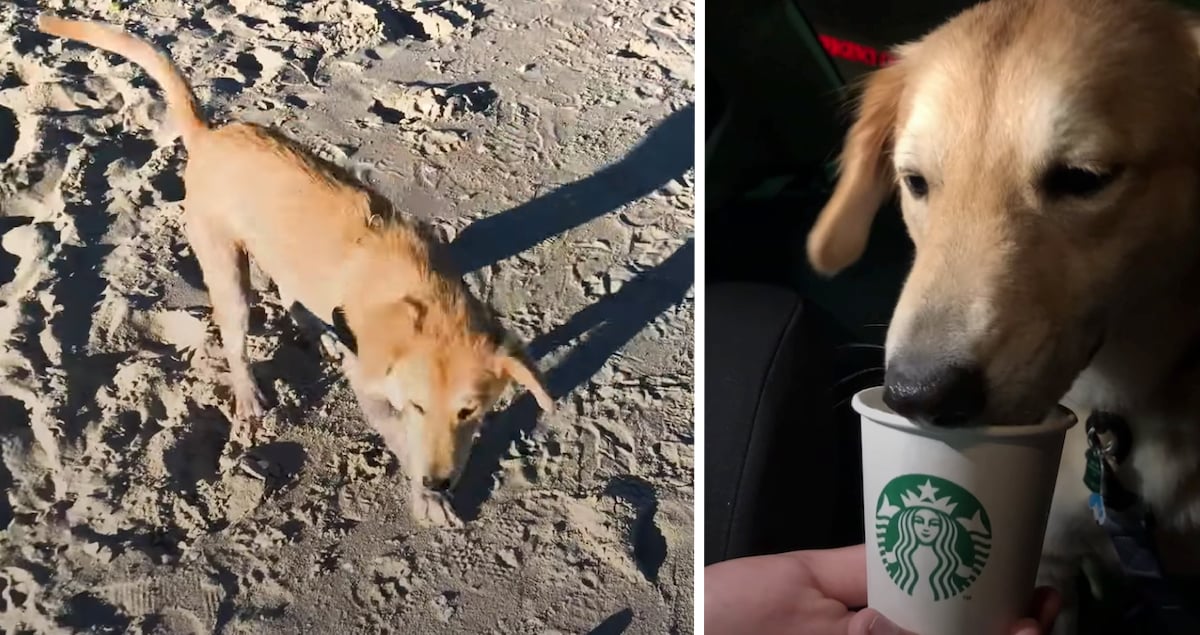 But some rest, meds, and love would eventually do the trick! Ellie learned that these people were there to help her, and once she was taken outside to play with a ball, her personality really came through! The Golden Retriever mix was taken to the beach where she caught a case of the zoomies, and it’s hard to imagine that she’s the same dog as before. See her now in the video below! 🙂