We all know dogs are man’s best friend, but who would’ve thought some could be so gentle with other animals — especially goldfish? This Golden Retriever pup proved to be friendliest boy in a Twitter video that’s been making the rounds. 🙂 When the good boy saw two goldfish on the ground who’d escaped their bowl, he gently lifted each one in his mouth while practicing the most care as to not hurt them to try and transfer them both back into the water. 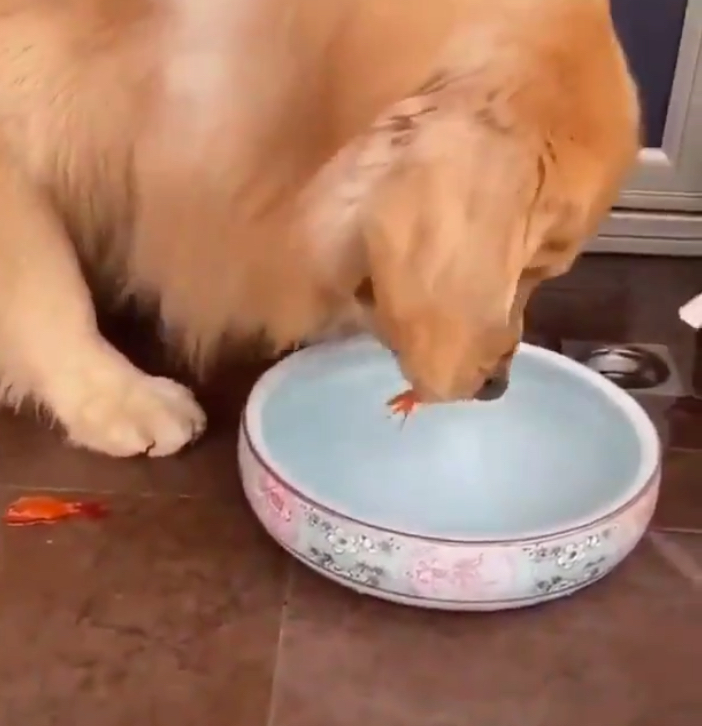 The Golden places both fish in their bowl and even nudges them to make sure they’re okay! Can you believe it? It takes a special pup to be this careful and loving!