Animal Aid Unlimited received a call about a mother dog crying out for help. A house had collapsed and left her puppies buried beneath all of the rubble. Rescuers followed her lead and started moving rocks and digging in the corner.

The way Mama acted, they knew her babies were still alive. She started to help rescuers dig and show them exactly where the pups were. Thanks to their combined efforts, the puppies started to appear. 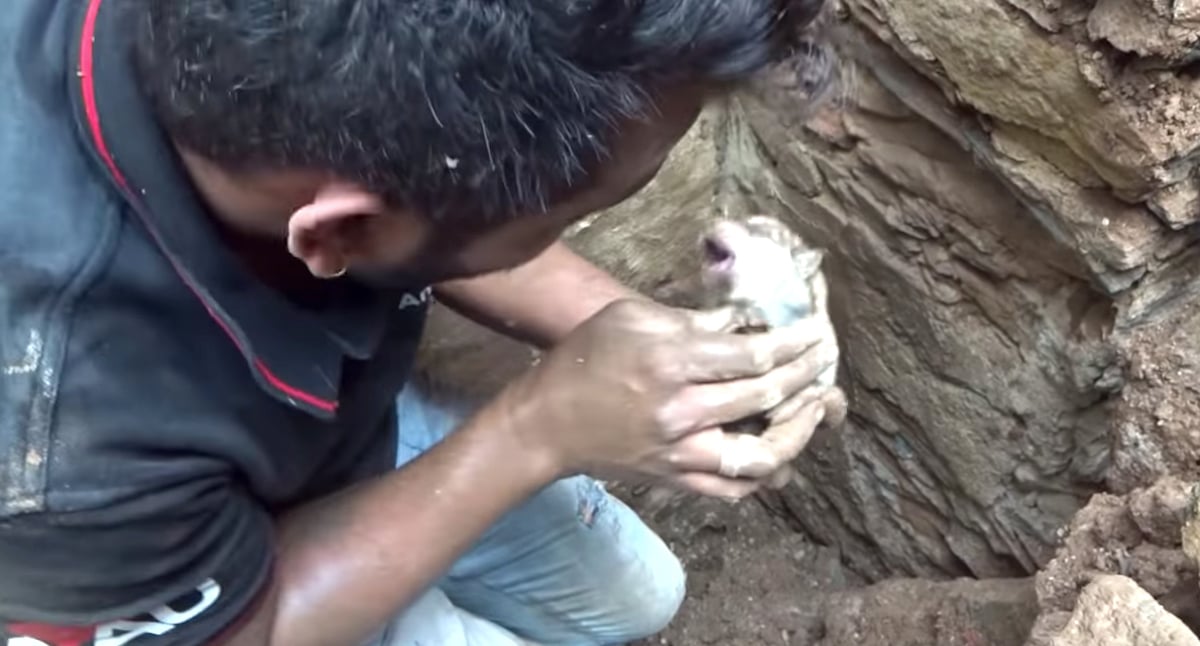 The puppies were pulled and taken to safety one by one. They were then moved to a house around the corner to be reunited with their mother for good. And Mom was thrilled to have them back! Once the puppies are weaned, Animal Aid will make sure the mama gets spayed. But now, time for some rest! 🙂