A 7-month-old puppy was found by some hikers tied to a tree and left for dead in Greece. The poor thing had been shot in the face, and it was his owner who did it. The man had said the dog was “too happy” all the time, and it annoyed him. So he thought his shotgun was the answer to this “problem.” 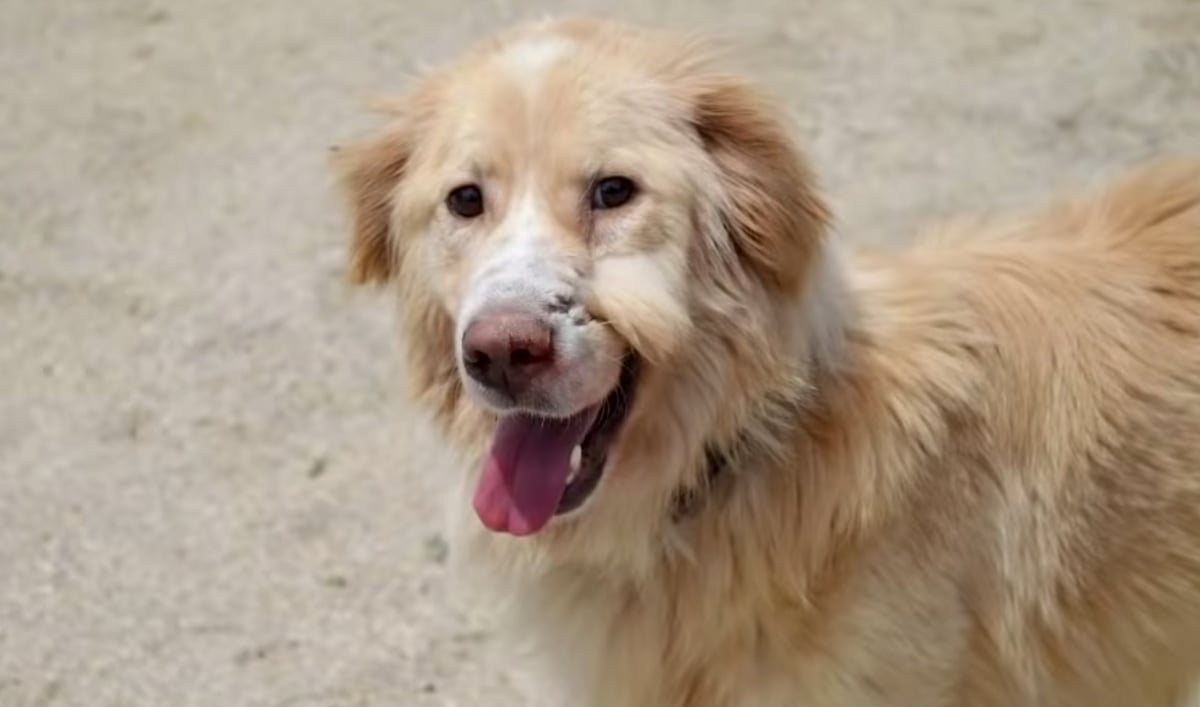 The hikers quickly got Ice to Save A Greek Stray, but the dog was on the verge of death. He had a huge wound on his face that needed immediate care. It would take many surgeries and operations to reconstruct his face, but Ice kept his spirits up the entire time. 🙂

Ice remained in the shelter for a long time after recovery as people continued to pass over him. But one family heard about him and had to have him! He’s now in the U.K. living it up in his new home with people who’d never hurt him for the world. The video is a bit graphic in spots but totally worth it for the ending.