Animal Aid Unlimited rescuers found a dog who was trying to hide from his pain in a gutter. The poor thing had suffered a massive head wound, and maggots were making matters worse. The boy was scared and tried to run, but he was delirious and ran out of energy. 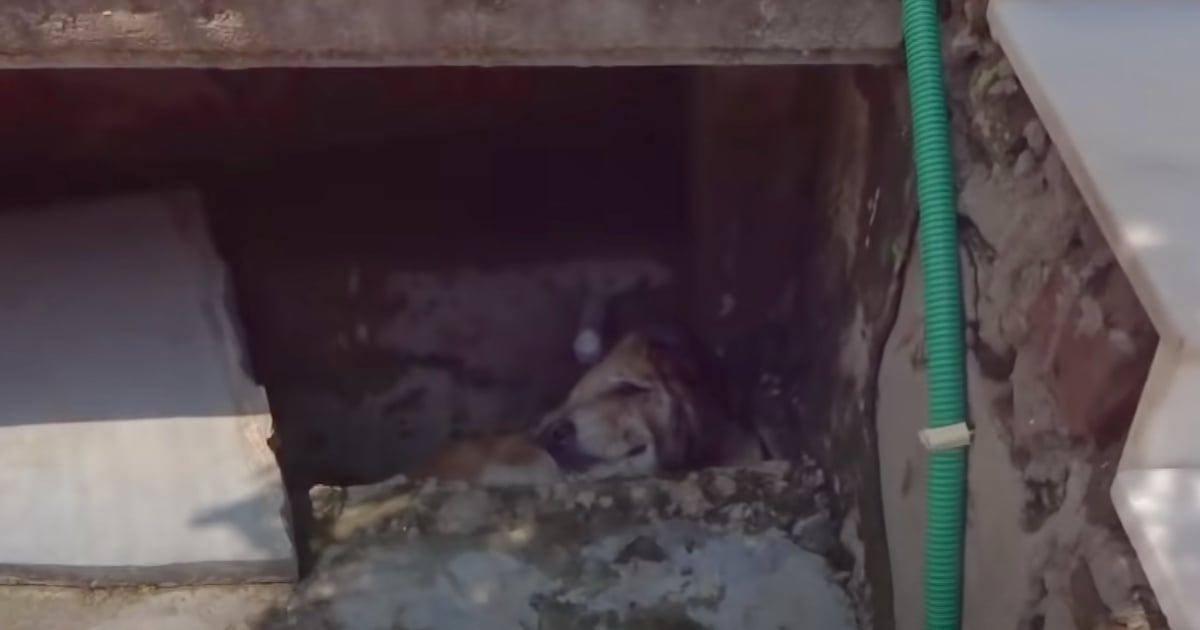 They got the dog back to their animal hospital right away where they sedated him in order to remove the maggots. The wound was flushed out and his head bandaged up. And now it was time to eat. But the good boy would have to say hi to the camera first! 🙂 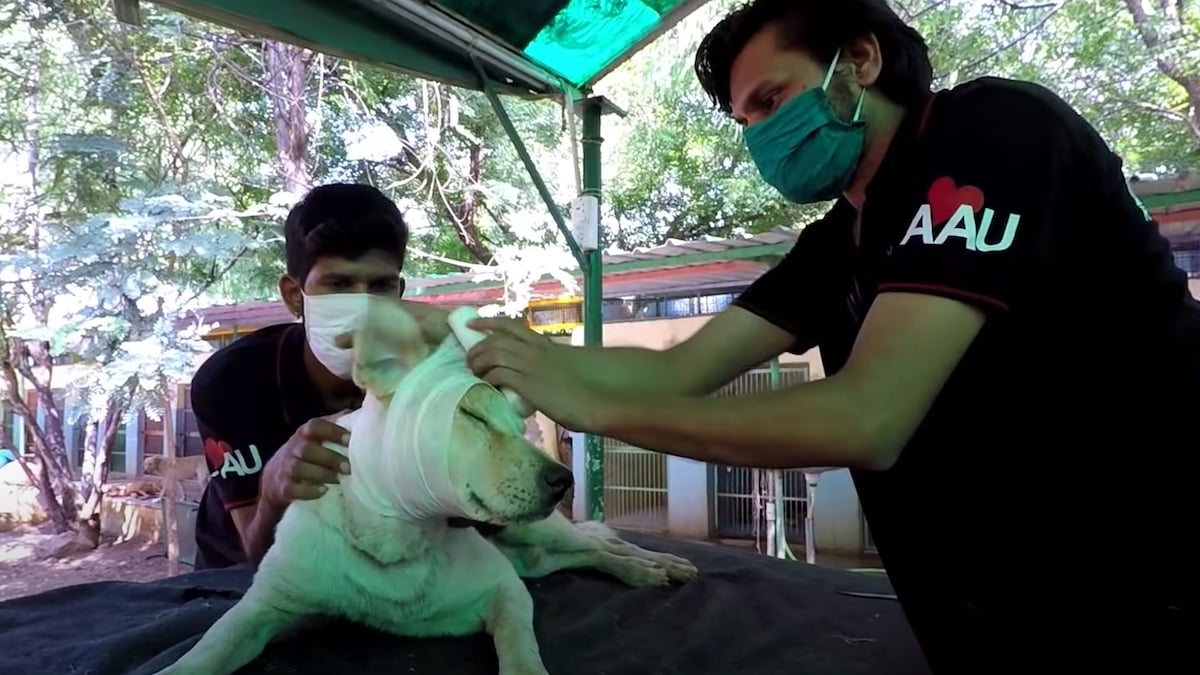 By week two, the wound had already gotten much smaller. And the pup seemed to enjoy his daily bandage changing! The gentle and friendly dog was once so close to death, but today he’s all healed up. See the King of Cuteness (KC) now!