Hope For Paws learned about two homeless dogs fending for themselves on the streets and set out for rescue. The one appeared to be missing half of one leg, and they didn’t seem to trust humans — especially men. Rescuers would have to ask to use a fenced-in yard nearby to prevent escape. 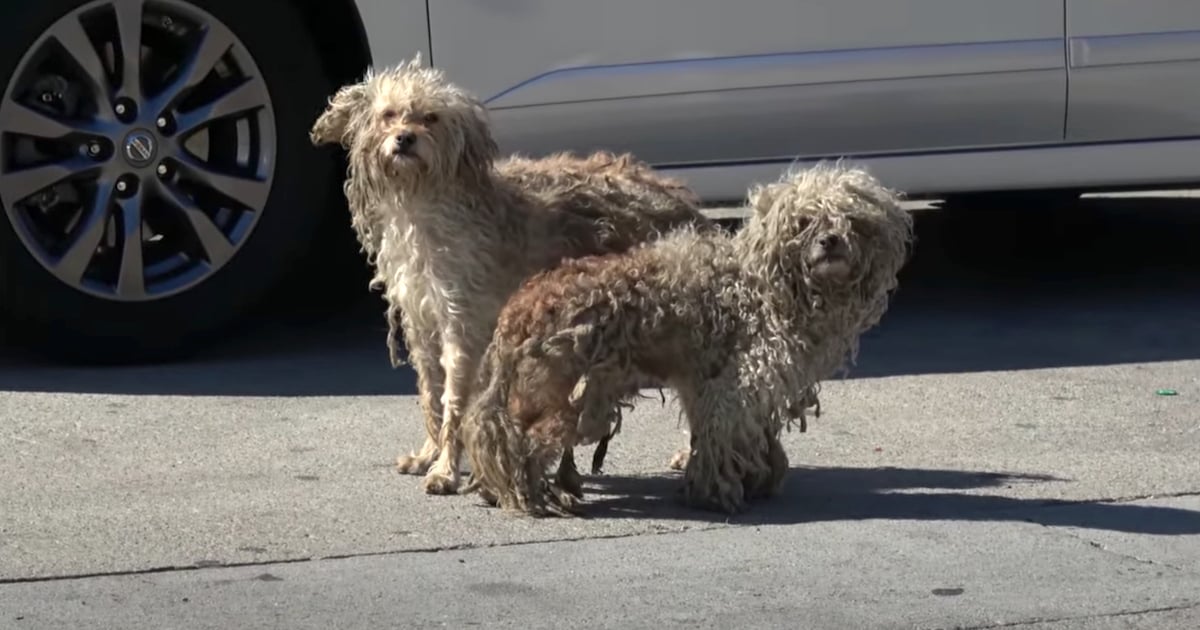 After some tense moments and lots of careful planning, the dogs were cornered with the help of a cheeseburger! They were able to place Lucky Leashes on the dogs, and the stress would be worth it in the end. They named the injured dog Hudson and the other Lawrence and headed back to the hospital. 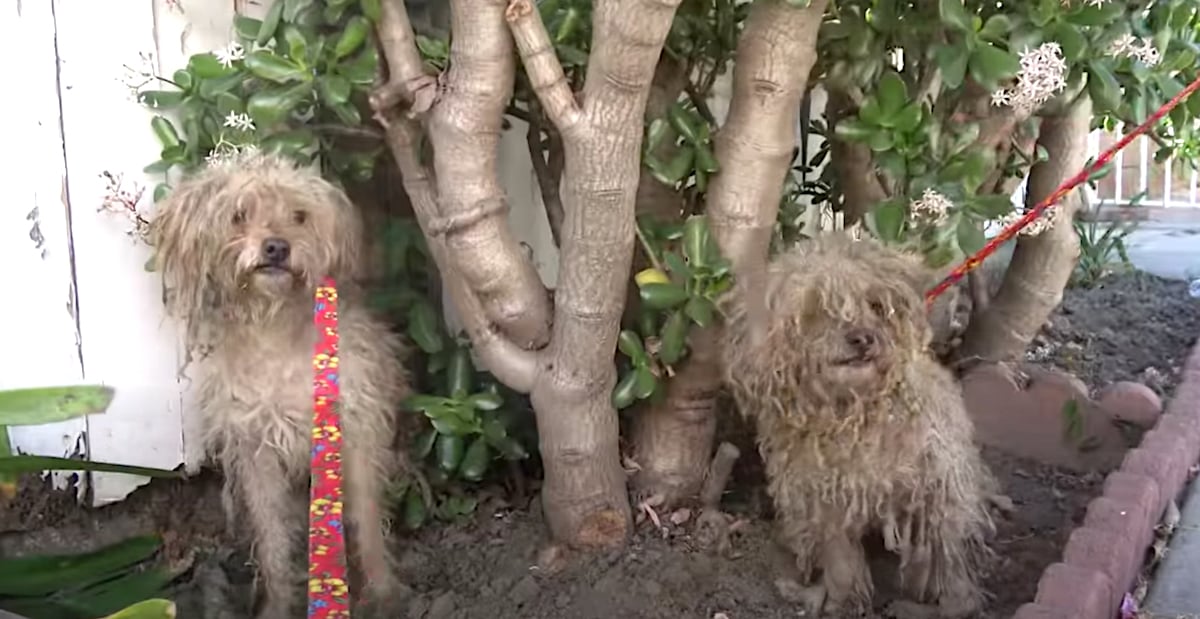 Both dogs desperately needed care and makeovers, and at the CARES facility they seemed to realize this was a brand new beginning! Hudson would have to undergo surgery to remove his leg, but then they were ready to be fostered by Foxy and the Hounds. Now they just need a loving forever home! 🙂