Hope For Paws received an urgent text about a homeless dog who possibly had puppies around, so they set out for rescue. The dog was very sweet and friendly and responded to puppy sounds being played on a phone, but she was clever and didn’t trust humans enough to expose her offspring to them.

So at sunset, Eldad would follow Mama Bear under a bridge. He got there in the dark and heard dogs barking at him and realized he was heading straight toward a homeless camp. He got to talking to one man who said the puppies were being cared for by a guy who wasn’t there at the time. So rescuers would come back the next day. 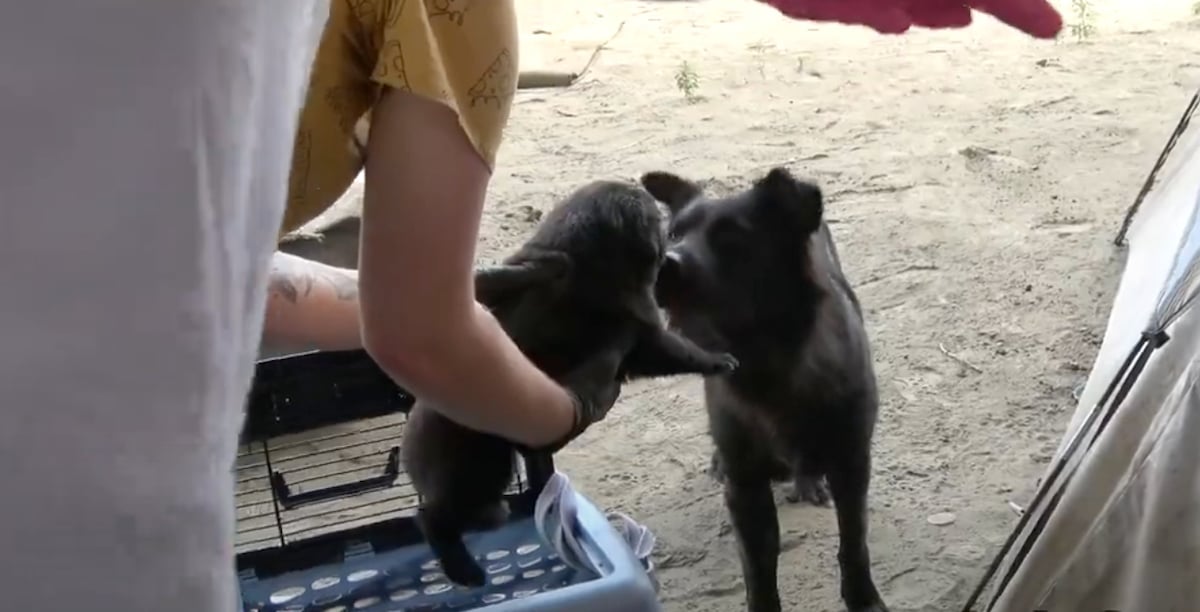 The man agreed to hand the puppies over but was reluctant to let Mama Bear go too. But he knew it was best for all of them. It turned out Mama Bear was a homeless dog who had found the camp one day and decided to hang around.

The Hope For Paws crew loaded the dog family up and got them back to the hospital for checkups. Mama Bear, Grizzly Bear, Koala Bear, Panda Bear, Polar Bear, and Sun Bear are all currently being fostered and awaiting loving forever homes! 🙂