Hope For Paws received an emergency text about two dogs living near the busy freeway and set out for rescue. When they arrived on scene, they saw the puppy and had to just go for it. They couldn’t hesitate because there was an opening where the dogs could easily run onto the freeway. 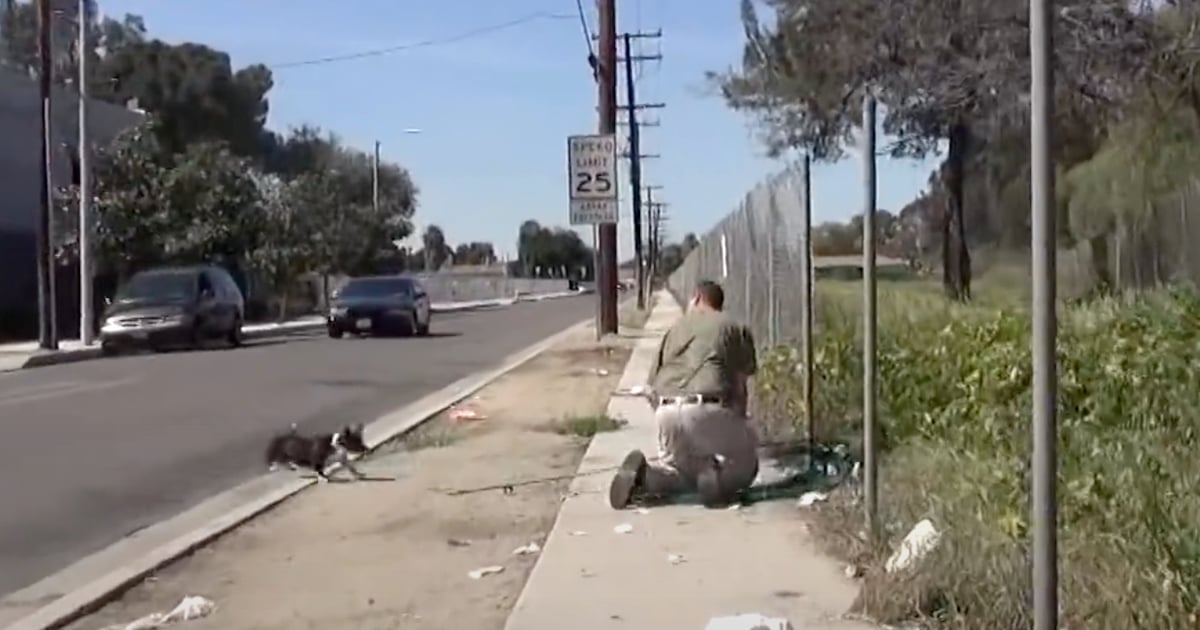 Eldad quickly tossed the safety net around the puppy, and this caused Mama to freak out! She came running from across the street to see what was going on. Then the kind people who had been feeding her helped secure the worried mother for the rescuers. They had named her Oreo, so the rescuers named the pup Cookie Monster! 🙂 The two dogs were taken back to the hospital for checkups before going on to their foster home. And for a happy ending update provided by the shelter, both the mama and son were adopted into a loving forever home together where they were renamed Lady and Reptar. Amazing!