Hope For Paws was alerted to a situation at the U.S./Mexico border where an old dog was left behind to fend for himself. The poor boy was sick and needed immediate care. And after a very long drive, Eldad arrived on scene. A local said he was able to feed the stray and that the old boy got along with his dogs. But otherwise, the senior dog was hesitant and unsure of the world around him. So Eldad took a minute to gain his trust and named him Pax. 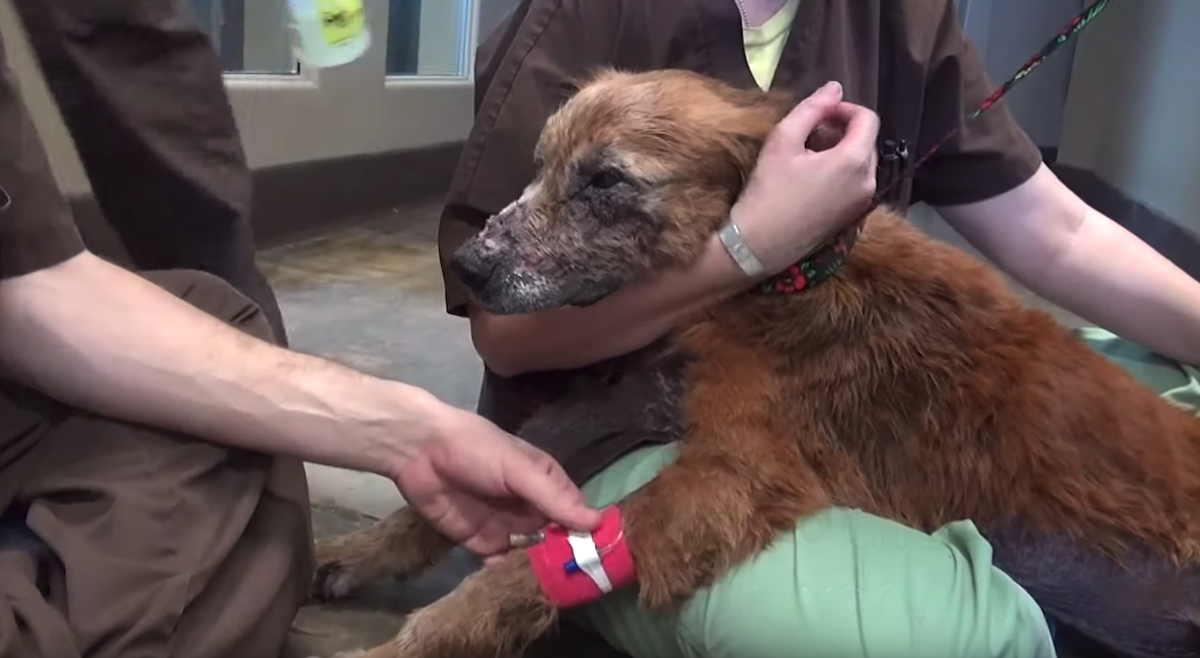 Pax was then secured with the Lucky Leash and taken to the rescue vehicle. He was so exhausted, he slept all the way back to the hospital. He was so cooperative at the vet and understood they were helping him! Pax received a medical bath, and his eye, ear, and skin infections were treated.

When a bit healthier, the good boy went on to The Forgotten Dog Foundation who found him the perfect forever where he acts like a puppy! See him now. 🙂