Hope For Paws received an urgent message about an injured dog who lay motionless on the freeway, so they set out for rescue immediately. She had been there for over 24 hours with all these cars rushing by. After spotting the dog and seeing there was no room to pull over, Eldad would have to enlist the help of the LAPD. Without hesitation, the officers said they would help! Accompanied by the police escort, Eldad hurried to the scene knowing every second was crucial to the dog’s survival. He was so afraid the dog would bolt as he approached, but the pup did not. He was able to wrap the dog and safely move her to the car. 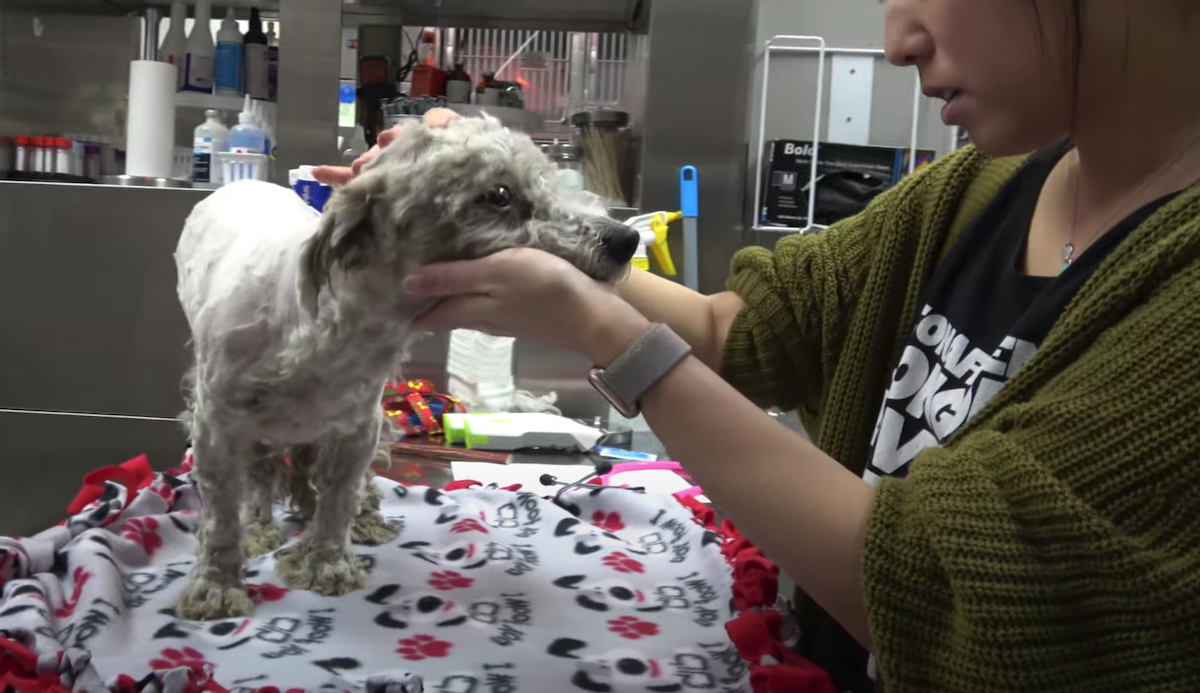 Eldad named the pup “PD” in honor of the LAPD officers who helped and got her to the hospital right away. Other than her injured leg, the dog suffered from matted fur and was infested with fleas. PD would need several surgeries to fix her leg, and when her recovery was finally over, L.A. Animal Rescue found the sweet girl a loving forever home. Amazing! 🙂