Back in 2013, Hope For Paws rescued two pit bulls, Cadence and Chance, from abuse and neglect. And their ensuing video went viral. The pit bulls were placed in the same room after being lifted from their terrible lives, and they started dancing together! 🙂 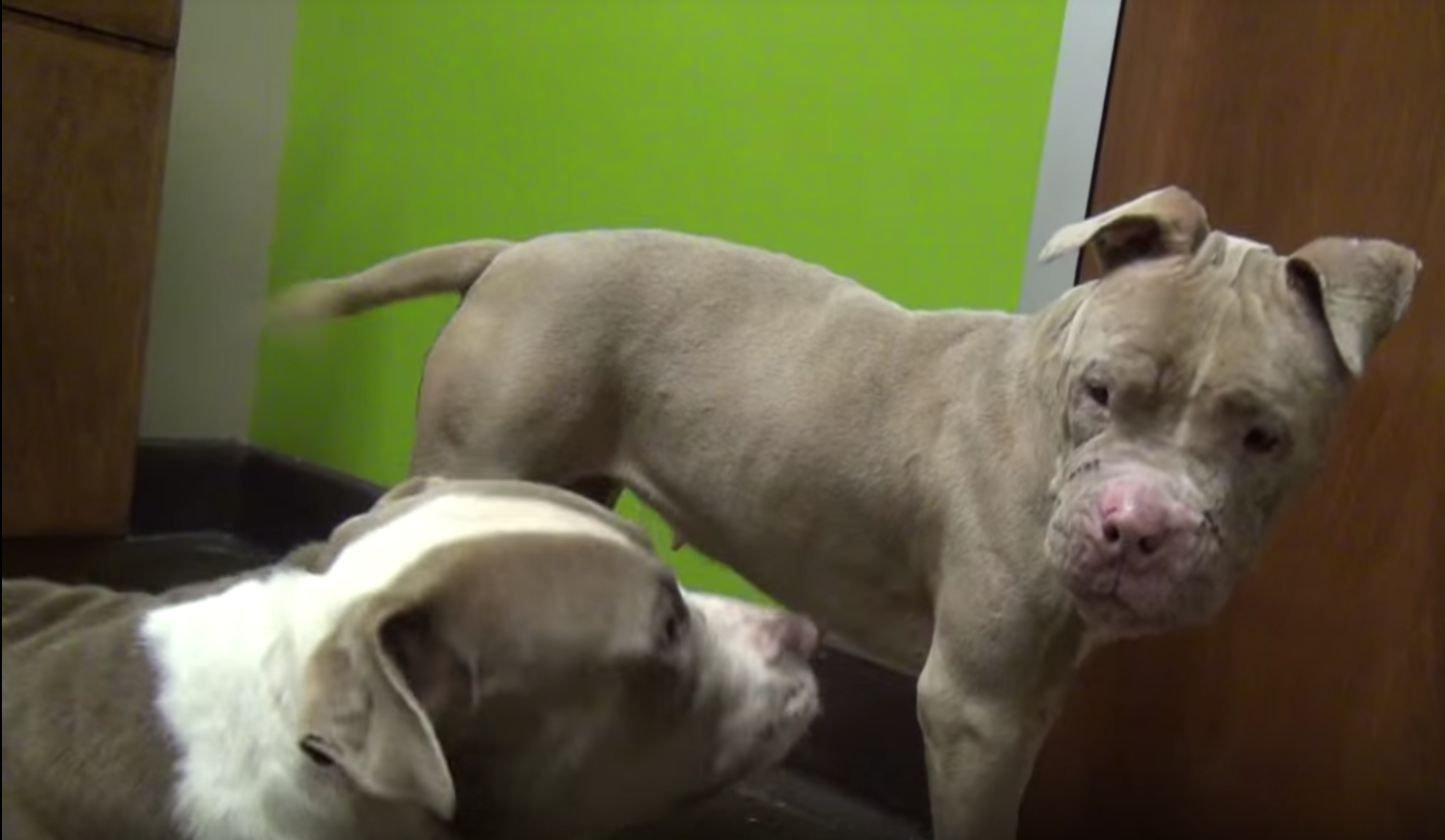 After all these two had gone through in life, they just wanted to love each other and play. A lot of people think of the pit bull breed as being vicious and aggressive and would’ve never thought to put them in the same room together. But even after so much pain and suffering, all Cadence and Chance could do was dance. 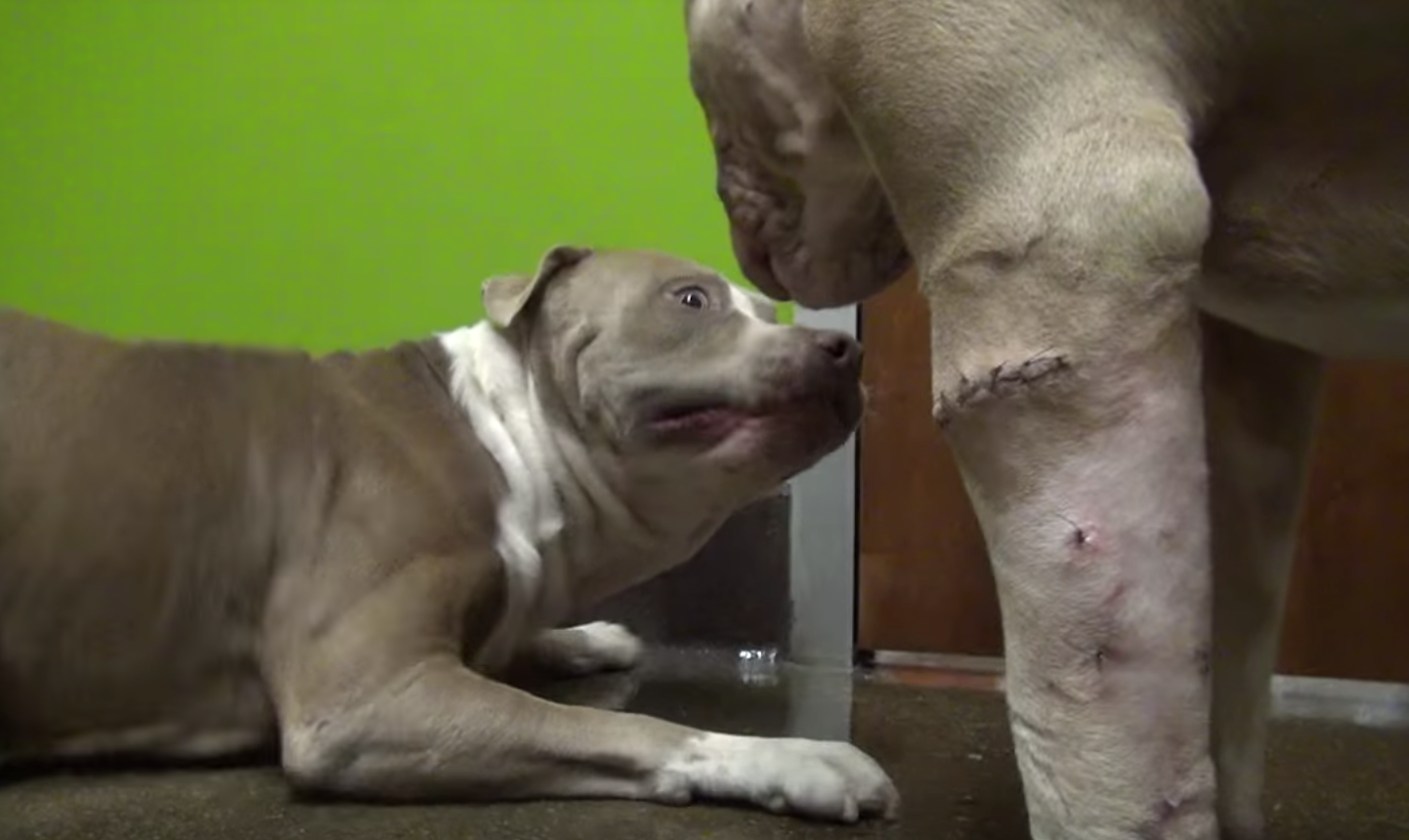 The dogs finally had someone to feel comfortable around and someone they could relate to, and it really shows. It’s such a heartwarming thing to see and just another reason the breed specific stereotypes have to stop. 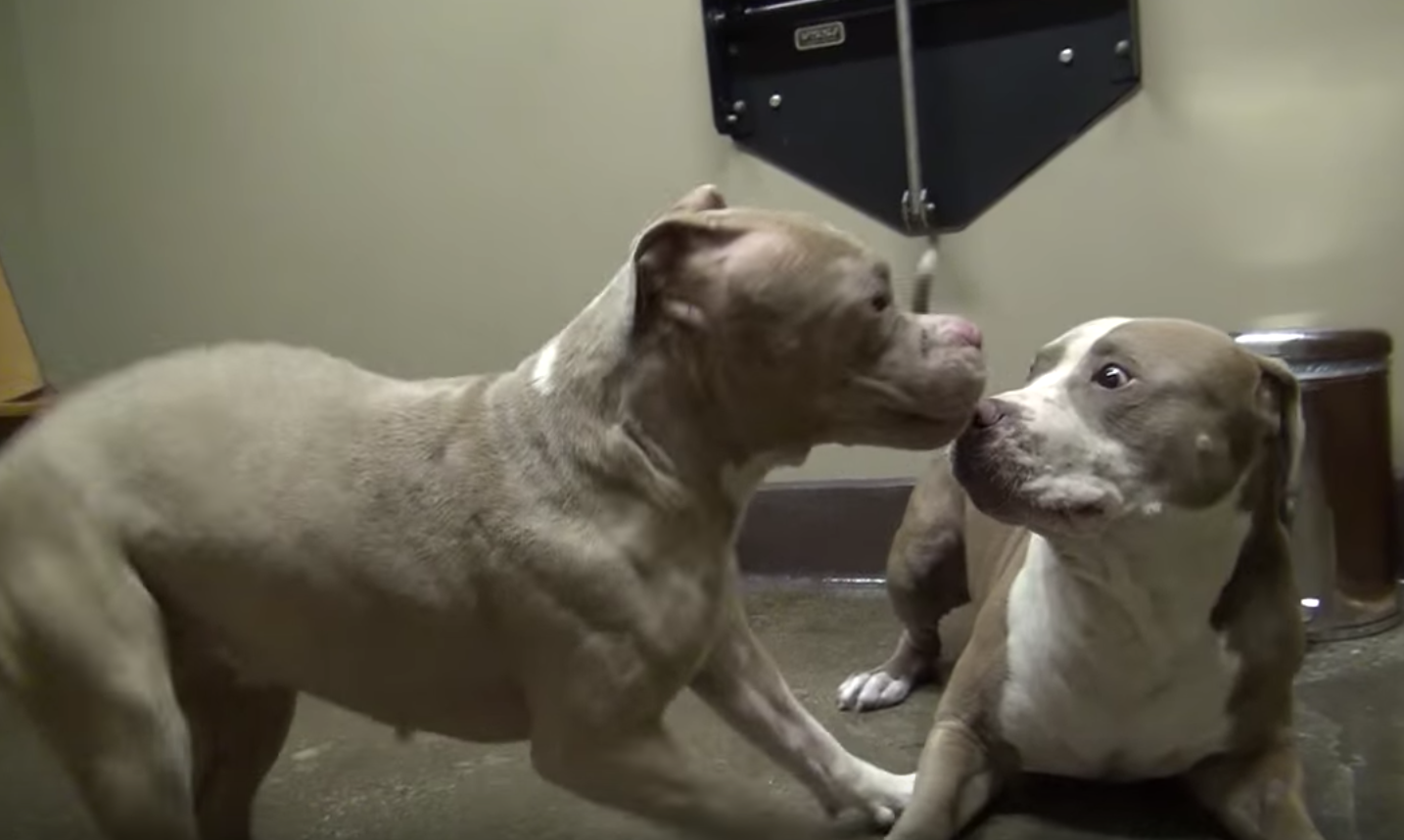 With over 4 million views and still counting, it’s easy to see why this one is so popular!

Who do you think won this pit bull dance-off? 🙂