It was just an ordinary day for two kayakers on the Blackstone River in Massachusetts when they heard the sound of some whimpering puppies. But how could that be? That’s when they saw a potato sack floating down the river, and the thought filled them with horror.

They rushed over to the bag and opened it up to see six puppies huddled together inside. They were only about a week old, and someone had just thrown them out like trash.

The Uxbridge Police posted a picture of the puppies to their Facebook page along with the following message:

“Earlier today, six puppies were found by a kayaker. These puppies were tied up in a grain bag and left for dead after being dumped in the river near River Rd. If you have any information that could lead us to the low life that could commit such a heinous act, contact Officer Benjamin Smoot at Uxbridge PD. Uxbridge Animal Control Officer responded to the scene and took possession of the puppies. They are all doing well, considering the circumstances, and we believe they will all survive. The puppies are currently being kept together, and are being cared for by a professional until they are able to be adopted.” 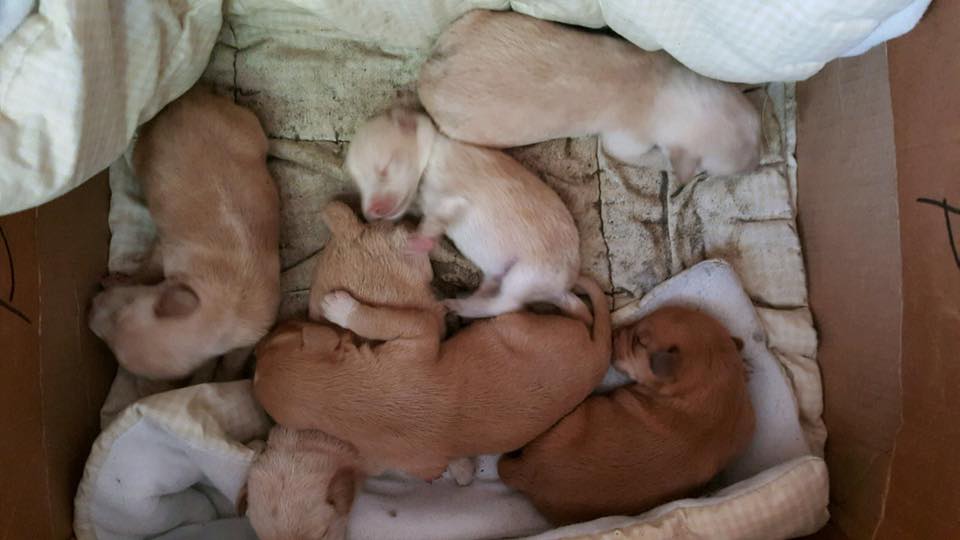 The story was aired on a local news channel, and it quickly took the community (and now the internet) by storm.

An update from the Uxbridge Police: “We are overwhelmed by the responses with regards to the puppies found yesterday. We have such a caring and great community and we appreciate everyone’s outpouring support and concern for the puppies. If anyone has any information please contact our Police Department any time and we will have you speak with one of our Detectives. If you are looking to provide a monetary donation to help, you can certainly send a check to our “Uxbridge Regional Animal Control Gift Account” at 275 Douglas Street, Uxbridge MA. We would like to remind everyone to please consider the many many dogs looking for loving homes in the many area shelters here locally and beyond.”

Hopefully they find whomever’s responsible for this despicable act sooner rather than later. We’re just glad the puppies are currently safe and sound.