Sandy Hernandez has two Siberian Huskies named Ragnar and Kloud. And one weekend, the dogs jumped the fence and ran away. This left their dad devastated. He looked for them all over and printed off some “missing dog” flyers, but he didn’t know they were taken in by Miami-Dade Animal Services after being found on the street. 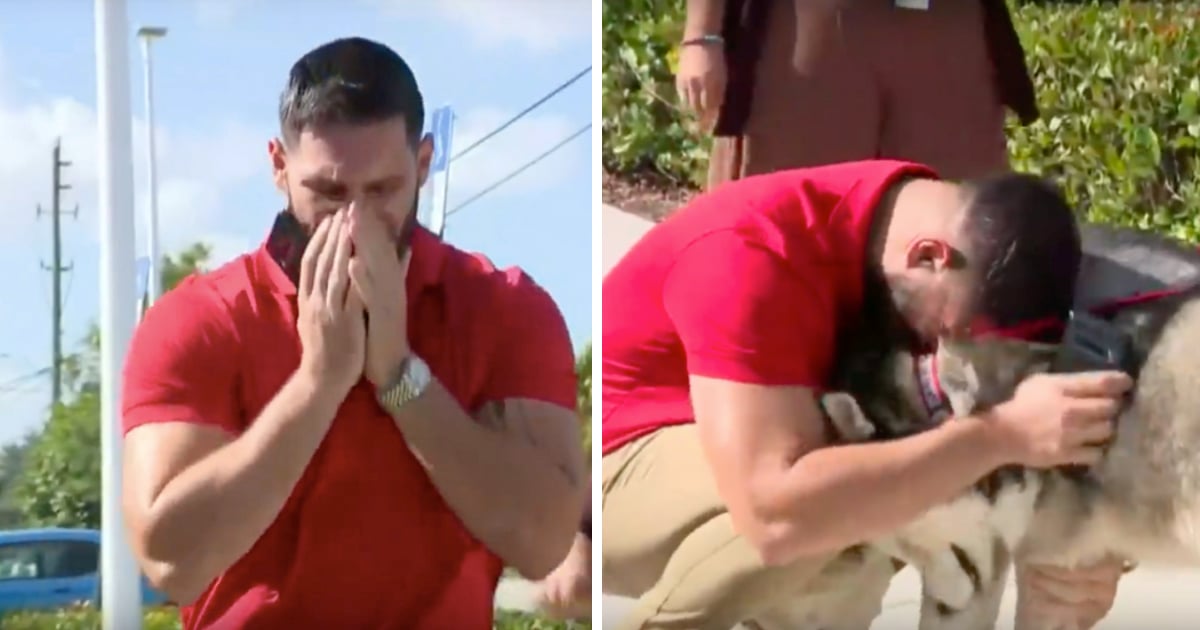 The man who found the dogs saw the flyers and told Sandy to go to the shelter. And when the dog dad arrived, he saw the Huskies taking part in the pet adoption photoshoot being run by the organization. He was so happy to see them, he didn’t even fully park his car before rushing over to them! The sweet reunion was caught live for all to see. 🙂