Hope For Paws received a call about two homeless kittens who were taking refuge in the Los Angeles river. But when rescuers showed up, all they saw was a sick rat. While the search for the kittens continued, they decided to tend to the rat in the meantime. 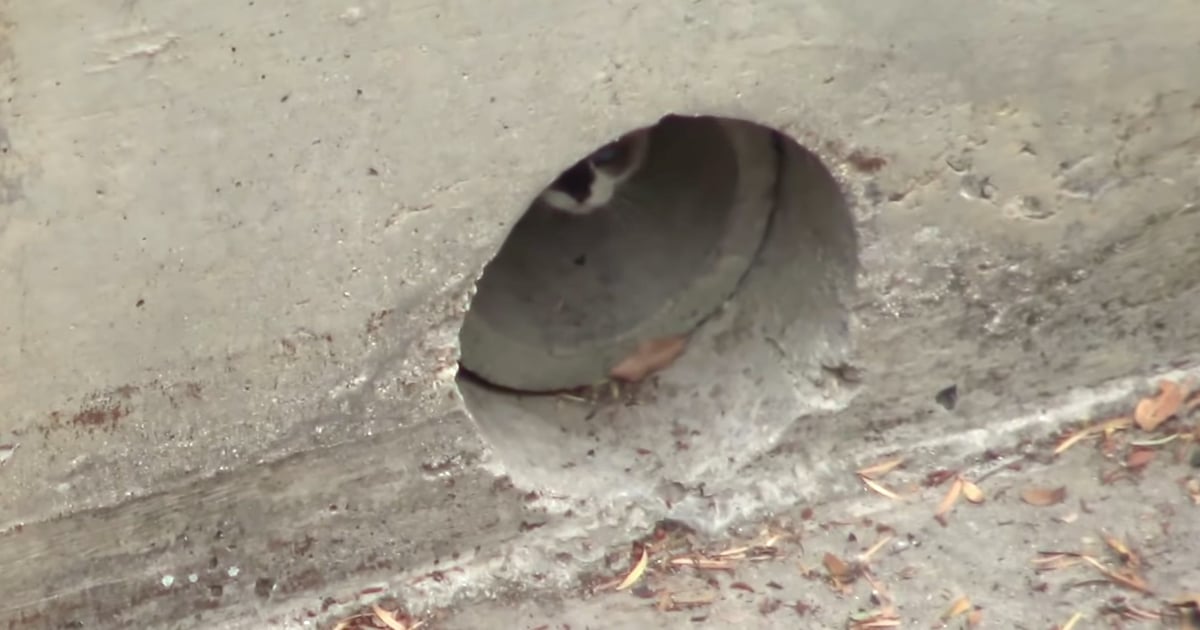 They were able to coerce the rat into a crate, and around that time is when they spotted the first kitten. Rescuers set up a trap with food to lure the kitty out of the pipe, and it worked! But now to find the second kitten… The other kitty was in a much different spot situated in the small crevice above the wall and below the bridge. Everyone worked to block any open area so that the little fella couldn’t escape or fall to the ground below. And they caught him too! 🙂

Unfortunately, a vet determined the rat had been poisoned, so he was humanely euthanized. The kittens, DJ Suki and Poppy, are as happy and healthy as can be and ready to be adopted out of Room 8 Cats! 🙂