A little puppy was found on the streets looking worse for wear all while hanging his head in shame. It’s as if he didn’t feel he was worthy of the life of a normal dog. He was completely shut down, but a good Samaritan took him in and got him over to a local rescue group in Brazil. There they named him Sardinha. Locals explained that the dog had been forced out of his own home when he became sick. With scabies, worms, and an eye infection, he needed lots of care. And when he lifted his head to make eye contact with the vet staff, it was a huge first step! 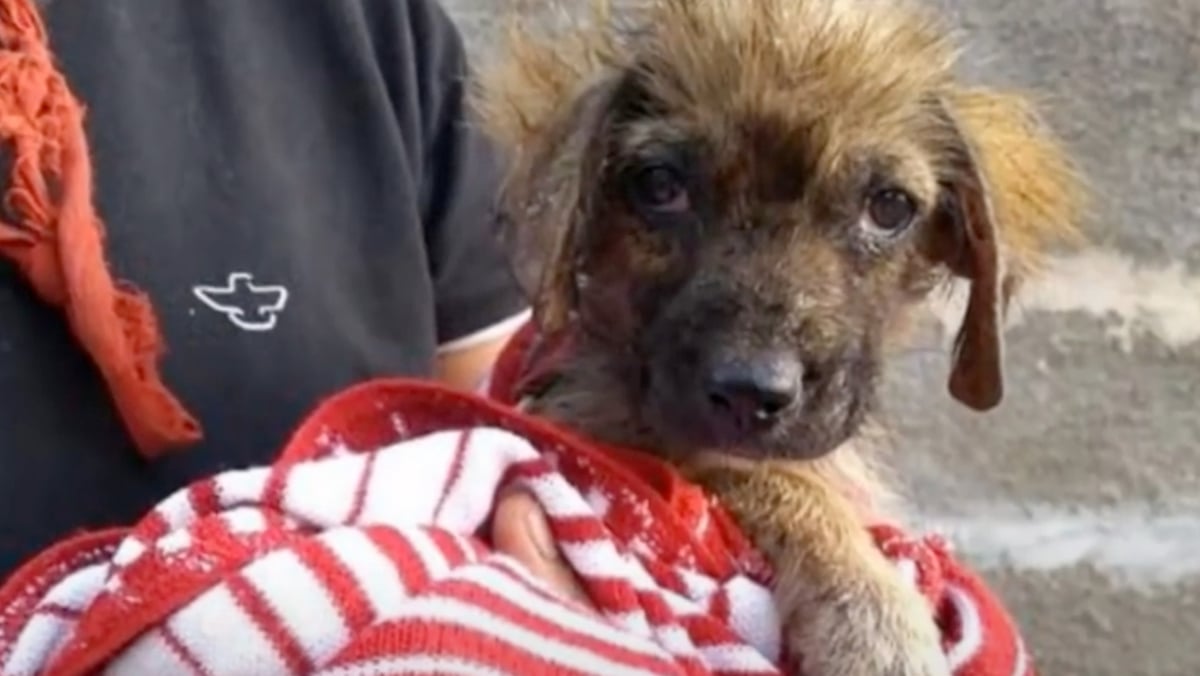 A woman who loves dogs and has helped rescues in the past learned of Sardinha and called the rescue. She offered to foster the sweet pup while working on getting him to trust people and live the life of a regular pet. And it wouldn’t take long… After just a few days, Sardinha was outside playing and chasing his toys around! That wagging tail was truly a sight. It was shortly after that a family noticed the dog and applied to adopt him! He got the forever home he truly deserved. 🙂