Hope For Paws received a call about a dog hobbling around down by the L.A. river, and this one would play out differently than any of their rescues before it. The Husky was in the tall and dense vegetation doing everything he could to avoid the people trying to get to him. With the help of two volunteers, the dog was finally cornered. 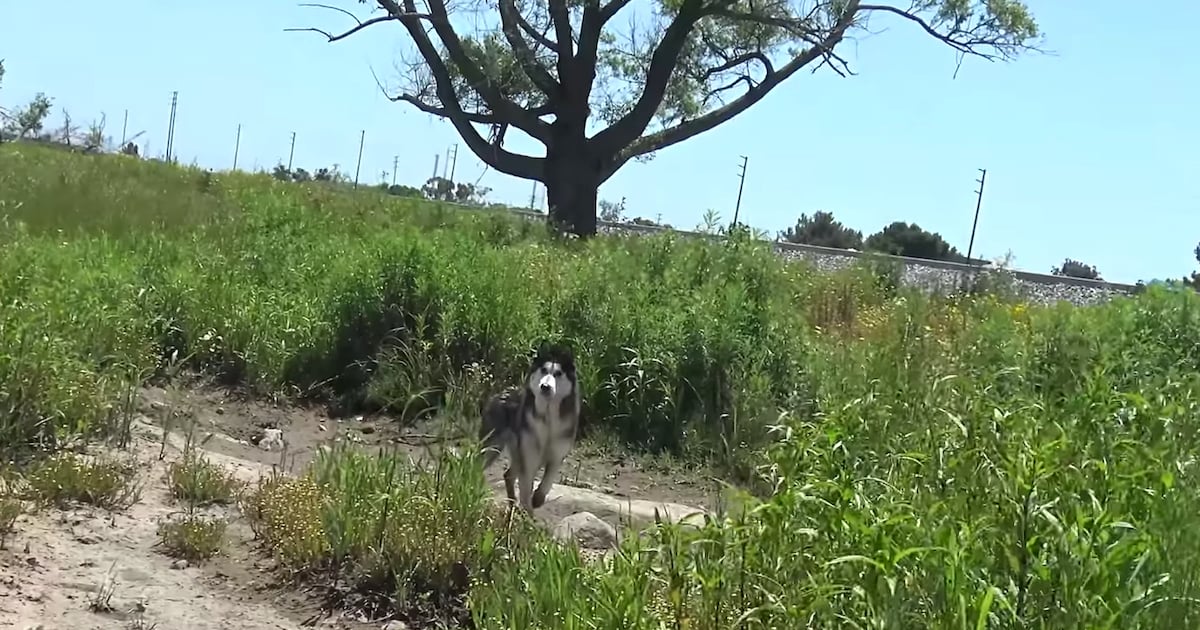 Eldad was able to apply the gentle snare, and that’s when he learned the dog’s story; the Husky had an owner out looking for him, and it turned out he was spooked by fireworks and ran away. When his mom showed up, it took Sawyer a minute to realize she was there. And when he did, he cried and cried. 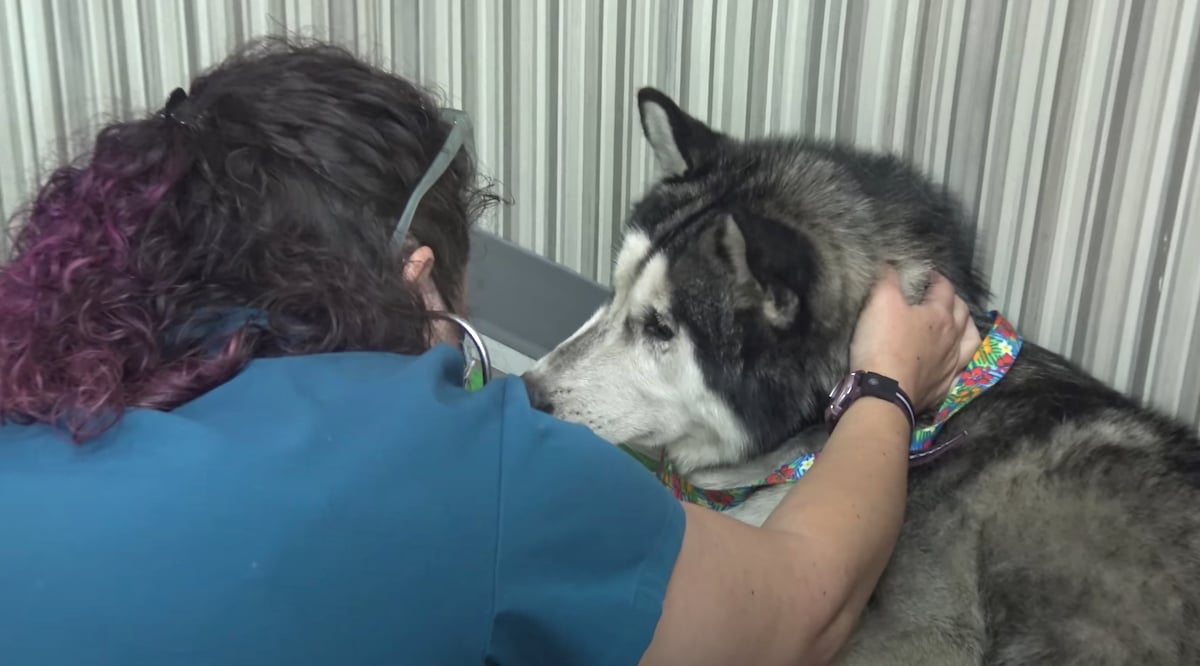 The dog had been limping around because one of the pads on his front foot had come off completely. So he had to be taken to the hospital for care. Nothing was broken, and he’d heal up in a few weeks. Sawyer is now back at home safe and sound! 🙂