A poor puppy was found on the streets left to fend for herself in immense pain. Her back legs were all bandaged up as someone had apparently tried to help her. But she couldn’t get around and had no one to care for her. Thankfully, she was found before it was too late. 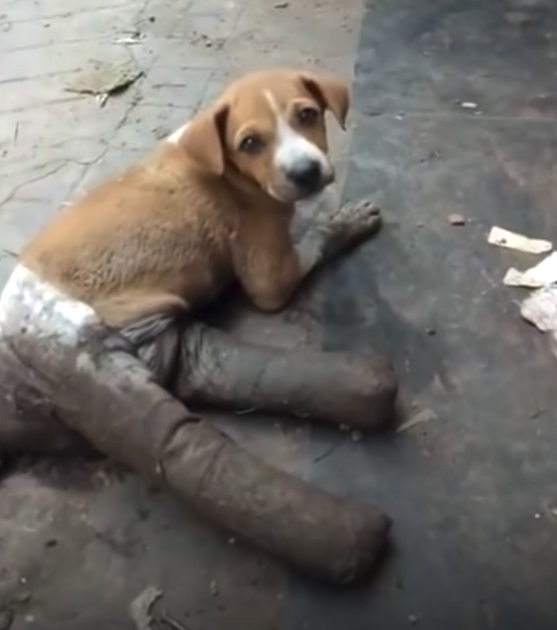 Some good Samaritans got the dog to a veterinarian for some much-needed care, and it was suggested the little girl had been bitten by a bigger dog. She was in bad shape with broken bones and needed to gain some strength before they could perform any surgeries. They named her Scooter and showered her with lots of love.

Scooter’s wounds were cleaned and treated, and she was finally healthy enough to undergo several operations. Alexandra Gade cared for the sweet pup for months before she was transported to Virginia to be adopted by a loving family! See “Dobby” in her forever home now. 🙂