Hope For Paws received a call about a mama cat who brought her kittens to a balcony. JoAnn Wiltz and Katie McKittrick set out for rescue, and they decided the quickest and safest way to get the mom was to use a trap. The cat couldn’t resist the tuna inside the crate and was soon caught. Now it was time to gather the kittens, and the neighbors had set up a box to give them shelter. JoAnn figured it’d be easiest to lift the entire box out of the awkward space, and it did the trick! 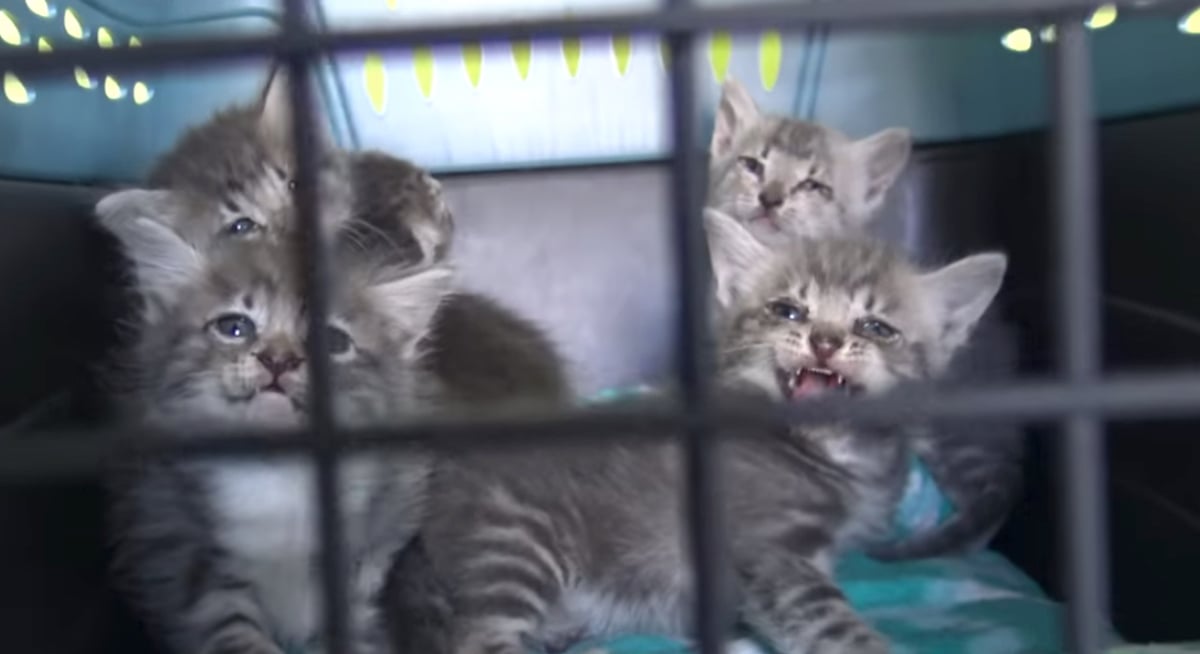 The mama cat was feral, so they had to spay and release her. But back at the hospital, the kittens were primed for some bubble baths and care! Cobweb, Witch, Boo, Skellington, and Pumpkin are all awaiting forever homes at Kitty Bungalow. 🙂