Hope For Paws received a text on their emergency line about a senior dog in the drainage system by the freeway. The brown Boxer took off running at the sight of the police and fire department, but they knew Eldad and co. could do it! Upon arrival, rescuers blocked off any possible area where the dog could escape. The dog returned to his position in the storm drain, but Eldad would have to be careful going in with nowhere and no way to escape in a pinch. 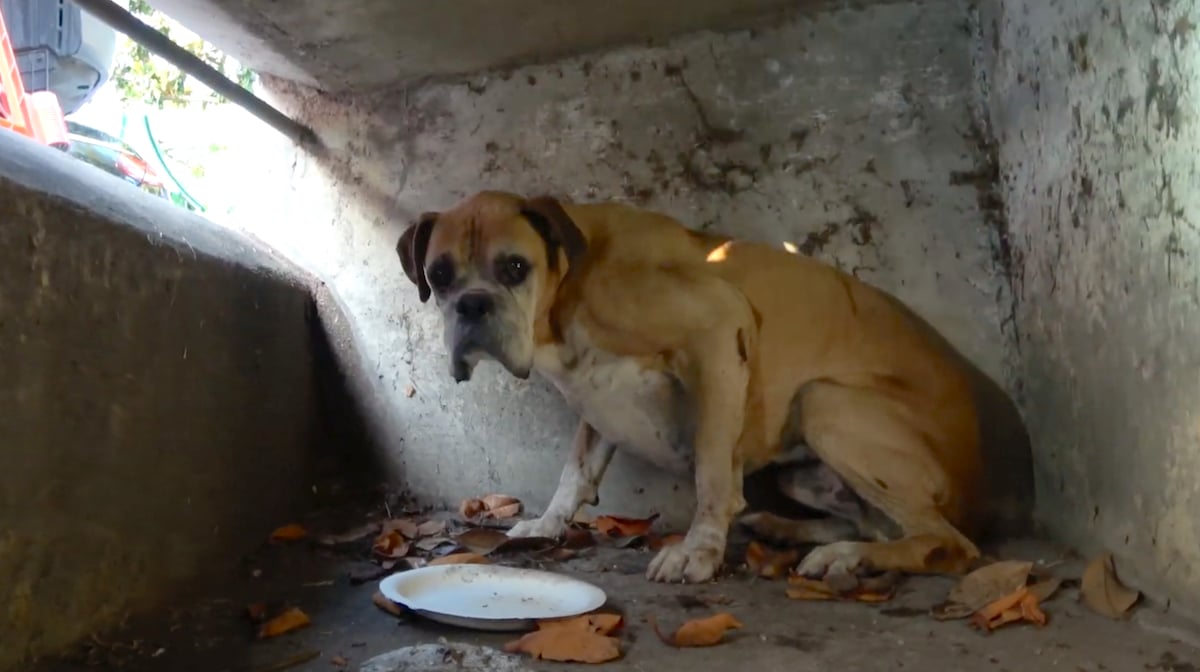 Luckily, the dog was so friendly after finally being cornered. They were able to throw on the Lucky Leash and lift the dog up out of the storm drain to safety. He had a microchip, and it turned out Max had been spooked by fireworks and ran away from home two weeks prior. But he’s back home now! See it all in the video below. 🙂