In Jaén, Spain, a 12-year-old Spanish Mastiff was buried alive by some cruel monster and left to die. Fortunately, Titan was found by some farmers passing through the area. The dog was then about halfway out of the ground proving that he had been fighting hard for his life. 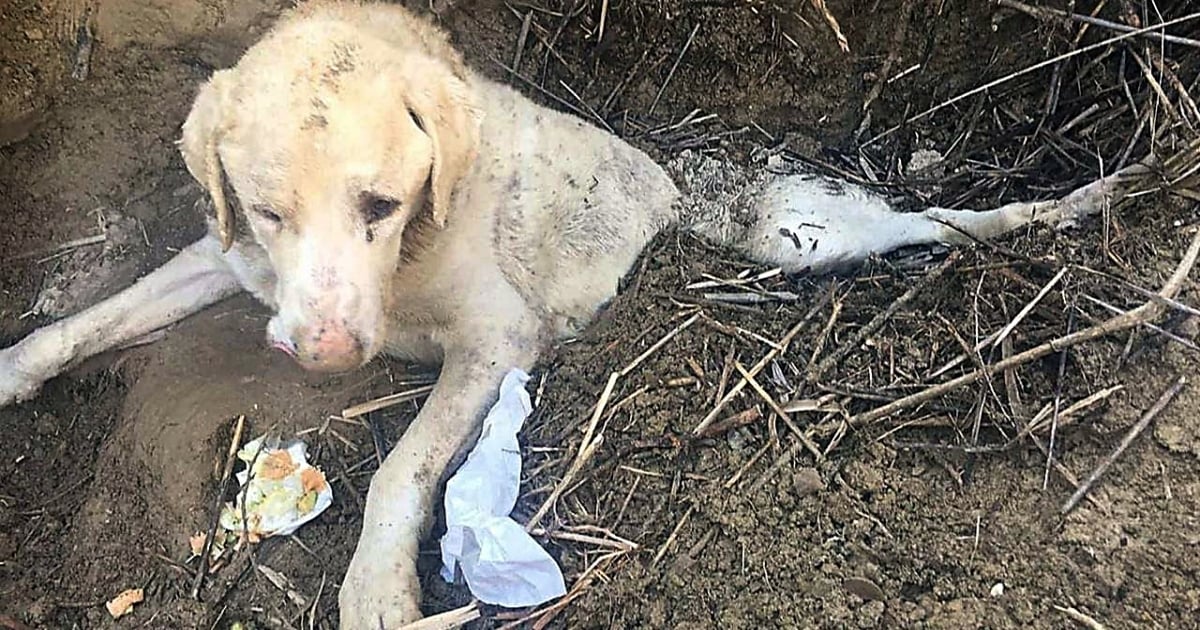 But Titan was now so weak and malnourished, he needed some serious help. He was rescued just in time and taken in to the TARA Association where he’d receive all the necessary care. The friendly and loving dog is expected to make a full recovery!

The senior dog is so thankful for this second chance at life! No one knows who performed the despicable act of burying Titan out there to die, but there are so many better options if you can no longer take care of a pet. Shelters and animal rescues can be contacted to discuss what to do next instead of leaving an innocent animal to fend for itself.