Rescuers from Sidewalk Specials confronted an owner in De Doorns who kept his dog on a short leash outside that was so tight it was cutting into his neck. Many dogs like Toby are chained up due to perceived behavioral problems, but they just need a chance! 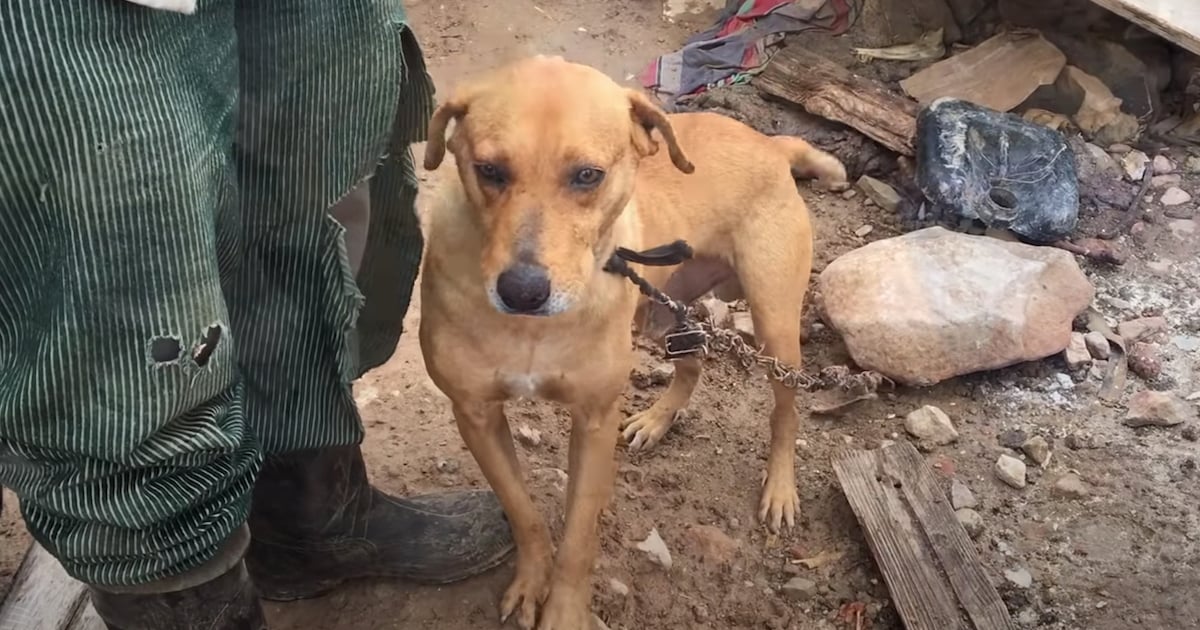 The man agreed to hand Toby over to them, and Toby was a delight from the time he was freed from that chain! It was a process to adapt to city life, but the dog was willing to give it a try. Now named Harry, the dog is living and thriving in his new home with loving owners and a best friend named Crunchie. The dogs can run free in the wide-open backyard, and when the neighbor pups come over to play, it’s a party! Just look at him now. 🙂