One day, some construction workers were going about their business when they heard a puppy’s cries. They searched around the construction site but came up with nothing. They then noticed the sound was coming from above, but how could that be? Just when they realized that, they looked up to see a hawk release a puppy from its talons. 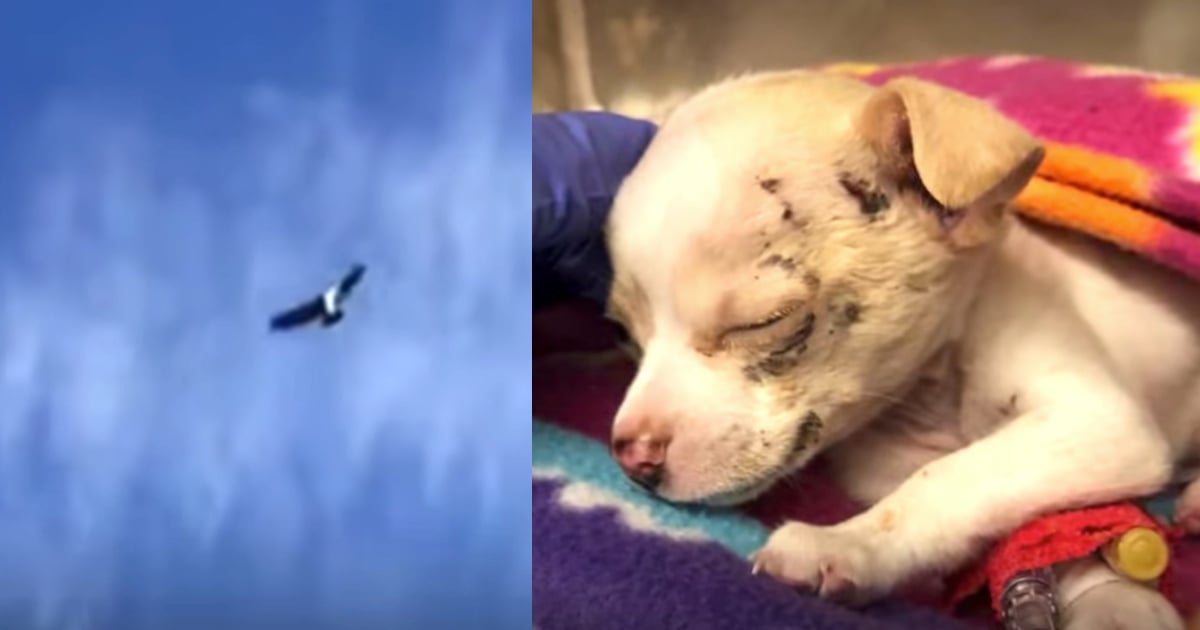 It was such an unbelievable sight; a hawk flying around while holding a dog in its claws. The workers ran to see where the puppy had fallen and picked him up to rush him to the nearest vet. The sweet pup was hooked up to an IV but kept wanting to walk toward people to be with them. Everyone at the shelter decided to name the six-week-old pup Tony Hawk! Despite the huge fall and everything he’d been through, Tony Hawk only sustained a few minor cuts and just wanted to feel love. Everyone was so happy the dog was going to make a full recovery!

The shelter staff knew the dog would make the perfect pet for his forever-family-to-be. Tony Hawk is a survivor and an inspiration to all!